Home All The News Mourinho on Spurs pressure: ‘It comes like oxygen, it is our life’ 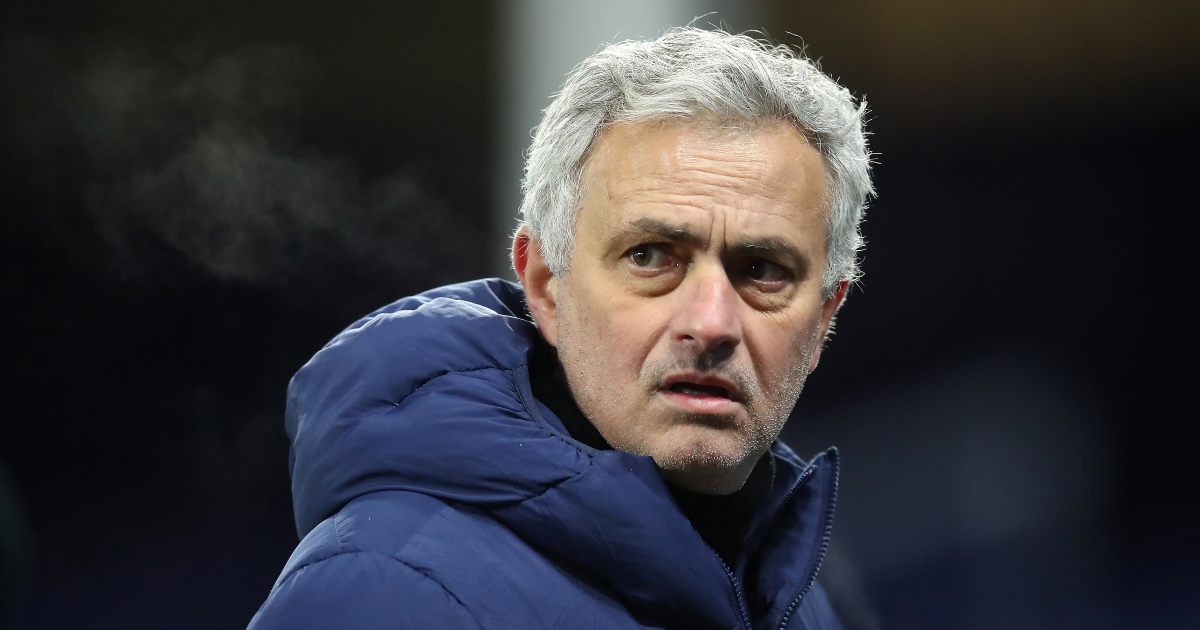 Tottenham boss Jose Mourinho says that being under pressure is like oxygen to him.

Mourinho has found his job at Spurs under scrutiny after a run of five defeats in six Premier League games, which has seen their hopes of finishing in the top four take a severe hit.

The Portuguese, who spent almost a year out of work before his appointment in November 2019, says that he thrives on feeling that pressure.

“The problem is if you don’t have pressure,” he said amid what is the worst run of his managerial career. “I felt in trouble when I was at home and did not have pressure for a few months. That’s the problem.

“It comes like oxygen, it is our life, I don’t think there is any coach in the world without objectives or any kind of pressure. You just get used to it and also used to the way the press is at the time, you just have to adapt to it.”

Spurs’ best hope of Champions League qualification next season could well be by winning the Europa League and they were handed what looks a favourable last-16 draw as they face Dinamo Zagreb.

Mourinho was cautious about looking too far ahead at the prospect of having to face Manchester United or Arsenal in future rounds.

“When you are in this competition and you get to this stage you don’t get easy clubs,” he said. “If you want to win it, sooner or later you have to play against the best clubs or the ones who go through the different stages.

“So the objective now is to win against Dinamo and then if later Arsenal and Manchester United are in the competition we have always to face them.

“But in this moment 16 teams, everybody wants the same so it’s very premature to think about it.

“Croatian football is Croatian football, lots of talent. It’s a football country. Good stadium, I believe we are going to play there, good stadium. Not a very difficult flight, not too far, I feel very positive things but the most important thing is that we get to the quarter-finals.”

Spurs must first turn their attention to getting their Premier League campaign back on track with the visit of Burnley on Sunday.

Mourinho revealed that his full squad were all out on the training pitch, with Serge Aurier back in contention following a calf injury.

“Serge is fine, he’s fine. Trained today with the team without any limitations,” he said. “As I was saying, everybody is training with the team and Gio (Lo Celso) is the only one that is not in conditions to play this weekend.

“I think even next week will be quite premature for not him, to say impossible, but he’s coming.

“Today for the first time in a long time, the medical department could watch the draw as they didn’t have any players inside.”