Mourinho is unhappy with the lack of respect his side have been given by VAR. 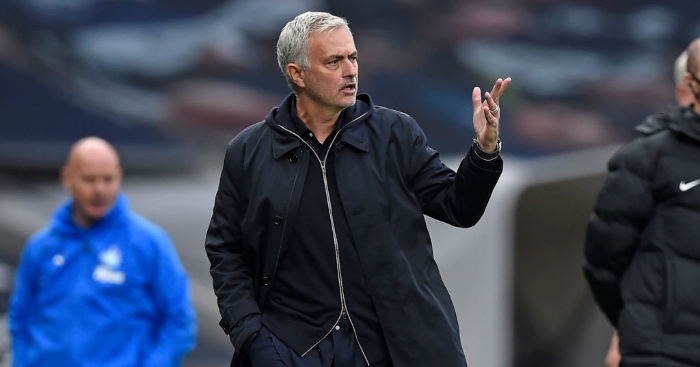 Spurs manager Jose Mourinho thinks his side ‘deserves more respect’ after they lost two points to a controversial Newcastle penalty.

Brazilian forward Lucas Moura gave them the lead in the 25th-minute after a dangerous cross from club captain Harry Kane.

The North London club continued to dominate into the second half, before Newcastle were awarded a controversial penalty late on.

Striker Andy Carroll headed the ball onto Eric Dier’s arm in the final few moments of the match. Despite Dier’s arm being in a seemingly natural position, the referee gave Callum Wilson the chance to equalise from 12 yards.

Wilson did that to give Newcastle a point away from home.

Speaking after the match, Mourinho said: “Not for me to comment [on the handball]. Fantastic performance, deserve the points clearly but we lost two points.

“We were [fantastic] but Karl Darlow maybe deserves the man of the match unless you want to give it to someone who is not a player.

When asked specifically about the VAR decision, the Portuguese manager said: “I don’t want to speak about it. The only feeling I am ready to share is that I don’t feel Tottenham is respected according to what the club is. No respect.

“It is my feeling. You know it is the third club I manager in the country, so happy so proud, so happy everyday, I would not change it for any other job in the world but I feel it, I feel we deserve more respect.”

Spurs are now on four points after their first three games. Fans will feel disbelief that they’ve had two points taken from them in the dying seconds of the match.

Their next fixture is a big game against Chelsea in the Carabao Cup on Tuesday.