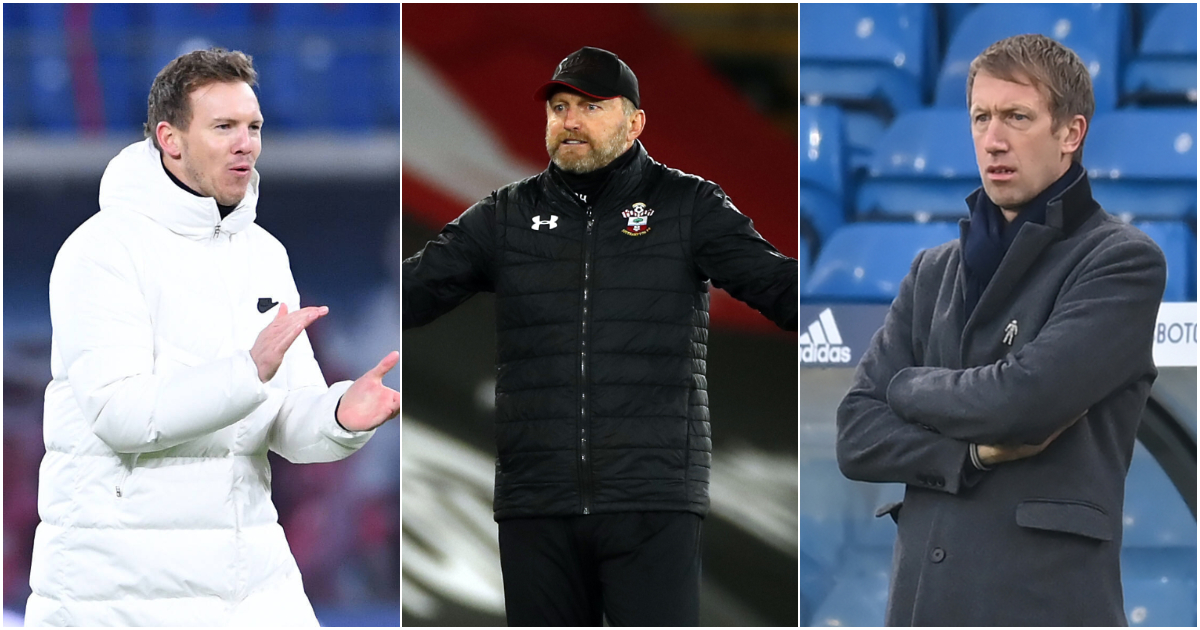 It’s all going to take a while to play out – there’s surely no way Daniel Levy is going to get rid of his beloved Jose Mourinho while there remains at least the theoretical possibility of Spurs somehow beating Manchester City in the Carabao Cup final in April – but there’s no mistaking the tell-tale signs of the Jose Mourinho Death Spiral. The football and results are getting worse, players’ confidence is shot, there’s an undeniable feeling that things could not possibly be worse and, after a hockey score defeat to Everton Mourinho is clearly never going to let any Spurs players not called Kane or Son cross the half-way line ever again. Dele Alli is already under the wheels of the parked bus, Gareth Bale is being prepped to join him, with Giovani Lo Celso’s failure to recover from injury making him a feasible next target. And then we can just circle back to Tanguy Ndombele.

So with plenty of scapegoats still available and a cup final eight weeks away, there’s no great rush for Mourinho to exit stage left.

But equally, the evidence from all Mourinho’s recent work tells us that this is just his usual three-year cycle speeded up for covid times. Can he theoretically pull out of this tailspin and improve things? Yes. Will he? No.

Spurs absolutely must be looking for his successor, and we might as well too, I guess.

Who could be in charge at Spurs next season if it isn’t everyone’s favourite Portuguese miserabilist?

Julian Nagelsmann
It simply feels inevitable that Nagelsmann and his offensive youngness and wacky suits will be in the Premier League at some stage. And ever since his RB Leipzig team absolutely pulled the pants of Mourinho’s Spurs all the way down in last year’s Champions League last-16 tie, it’s felt like this could easily be the next hugely promising young idealistic manager ultimately broken on the wheel of Spurs’ unrelenting ability to be more Spurs than should really be possible. Does feel like it might fit, though, and offers Nagelsmann an intriguing path. Spurs could well be a route to bigger things for him if he gets it right, while being better and just altogether less abrasive and divisive than Mourinho should be easy for any manager and offer pretty easy short-term wins. Lifting a talented Spurs squad from its Jose-induced case of the sads could be just the ticket for everyone. Maybe.

Ledley King-Ryan Mason dream team
This could well actually be the answer if things go all the way entirely to sh*t before season’s end and interim options are needed. Obviously a terrible idea in the longer term – like Lampard/Solskjaer/Arteta but Spursed all the way up to 11 – but if they’re in charge then things have absolutely reached the stage where fans will just be happy to see people they don’t actively loathe in the dugout again. And they’ll pick Dele Alli.

Ralph Hasenhuttl
A relatively unknown manager taking his first job in England at Southampton and then going on to Spurs a couple of years later could surely never work. Southampton would be understandably pretty pissed if this happened again, especially after standing by Hasenhuttl through not one but two 9-0 defeats. He could probably do with nipping that in the bud if he does have eyes on a bigger job, as well as addressing the wider issues of what is now a five-match losing streak in the Premier League since beating Liverpool, which apparently almost anyone can do nowadays so isn’t even a big deal anymore.

Rafa Benitez
Available after a short spell in China. Feels like something that would be much more likely to happen mid-season than the summer. The safe pair of hands to sort out the mess and put out the fires. Sadly, therefore, we’re unlikely to see this. That Carabao Cup final has a lot to answer for.

David Moyes
Surely ideal if they could get him, but you have to wonder why would he make the step down?