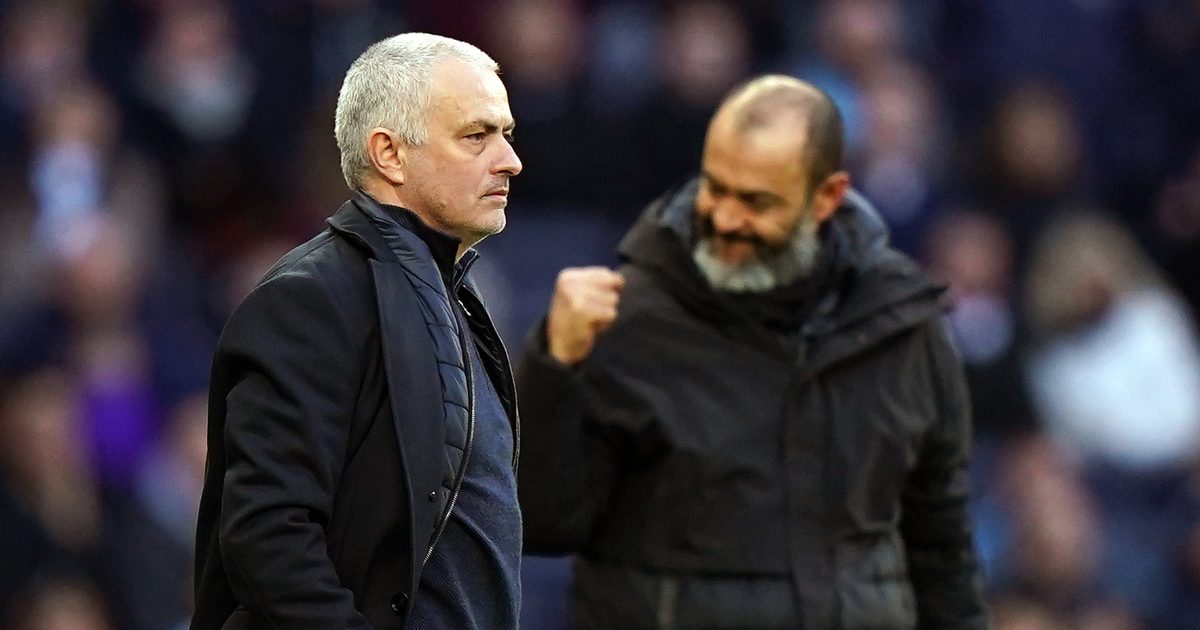 Jose Mourinho has suggested that Tottenham Hotspur made a mistake sacking Nuno Espirito Santo as he is a “very good coach”.

Santo was chosen to replace Mourinho at Spurs during the summer. The Premier League winner left the Londoners in April.

Tottenham were linked with the likes of Antonio Conte and Paulo Fonseca before they appointed Santo.

Gossip: Kane to ‘snub’ imaginary move and stay at Spurs

The former Wolves boss only had 17 games in charge before he left Spurs earlier this week.

Tottenham acted quickly to secure his replacement as they restarted talks with Conte. The Italian agreed to take the job as he was confirmed as their new manager on Tuesday.

As cited by FC Inter News, Mourinho has said that Tottenham are losing a “very good coach”:

“I think Conte is a good coach, but Nuno is a very good coach,” Mourinho said.

“He did a fantastic job at Wolverhampton for 4-5 years, not one year or a few months. That’s why I say Tottenham have a very good coach now, but they also had that with Nuno.”

“We are here to do our best to win trophies, big trophy or small trophy,” he said.

“We try to win every game, we try to do the best every game and to build the best in this season and the next seasons.

“Sometimes you have to be patient to achieve results, you have to be ready to suffer, to sacrifice yourself for the group. This is our mentality and we have to improve in this way.

“When I spoke about patience, to improve you need time. To achieve something we need to go day-by-day, work hard. What we can do is this.