Home All The News Mourinho threatened to sell Terry, Cahill during Chelsea training 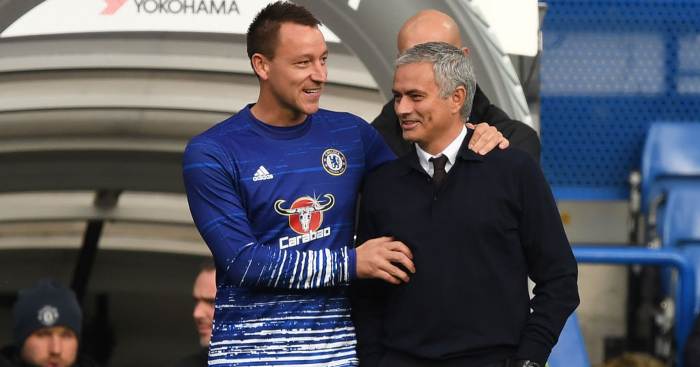 Terry was a key part of his trophy-laden time at Stamford Bridge and the centre-back has explained what Mourinho was like with his players.

FEATURE: Ten stars running out of time to make their last big move

When asked by snooker legend Stephen Hendry during a Instagram Live Q&A session whether Mourinho dished out regular hairdryer treatments or if he would rather put his arm round players, Terry recalled: “Mourinho had a bit of both actually. He knew when to push your buttons and when not to.

“Even small things, you’d be sitting at home and get a text message off him going, ‘Unbelievable today in training you’re my main man, love you captain.’

“You’d sit there and go, ‘That’s unbelievable’. So a really good relationship, but also I was petrified of him, like probably most players was. You’d go in the next day and you’d get nothing from him at all.

“He’d walk past you, say nothing and blank you. You’d think you’ve upset him. Did I text something back? You look at your messages and think, ‘No, I’m alright there.’

“After training he’d go, ‘That’s why you’re my captain, you just needed that little push.’ We won the league and came back pre-season, first day, me and Gary Cahill kept giving the ball away.

“He stopped the session, we’d just signed Cesc Fabregas, Diego Costa, a couple of others.

“He said, ‘You two, I’ll go and spend £100m on a couple of other centre-backs if you keep giving the ball away.’

“We looked at each other and thought, ‘Oh wow’. So me and Gaz now, first day of pre-season, we’ve gone round started smashing everyone in training. The tempo has gone up, everyone’s kicking lumps out of each other.

“After training he came and put his arm round us both and said, ‘That’s why you’ll be starting this season.’ He just knew exactly what he was doing, he was four steps ahead of everyone else.”