Home All The News Mourinho: Spurs were ‘punished’ by West Ham 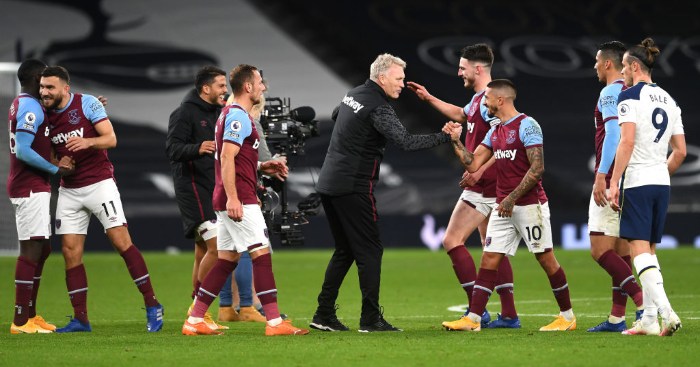 Tottenham boss Jose Mourinho admitted that his side were punished by West Ham for not finishing the game off.

Mourinho’s side led 3-0 at the break thanks to a rapid start to the game by Harry Kane and Son Heung-Min.

Not even a minute had gone before they were one goal ahead. Kane once again set up Son with a fantastic long-range pass, and the South Korean finished well inside the box.

Kane scored two goals himself shortly after with a shot at the edge of the area and a header from close range. Spurs were 3-0 up after just 16 minutes and they already looked to have the game won.

Spurs missed good chances to extend their lead, but that was how the score remained until the final ten minutes.

Fabian Balbuena got a goal back for West Ham in the 82nd minute. But the game was truly thrust back into life as Davinson Sanchez conceded an own goal just three minutes later.

Gareth Bale missed a huge chance to seal the win, as he shot wide from inside the box in the 92nd minute.

In the final minute of added time, West Ham earned a free-kick on the left flank. It was cleared out to Lanzini who unleashed an unbelievable strike that headed straight into the top corner. This completed an unlikely comeback for the Hammers at The Tottenham Hotspur Stadium.

“Of course, I have to analyse the second half and do it internally. For you, I prefer just to say football happened and I prefer to praise West Ham’s belief.

“It is not easy to be losing 3-0 and be dominated. We had the game under control, so it is difficult for them to keep the belief.

“I know that they are a completely different team this season than they were last season – so I give them credit. But to lose the advantage of three goals is a big punishment, and eventually, it was deserved.

“I found things already by just analysing at the touchline, some of the things are completely out of the context. There was an indirect free-kick, an own goal. The third goal again is a free-kick, then a rebound and an incredible shot.

“In the context of the game, it was under control. We had Harry Kane to score the fourth when he hit the post. We had Gareth Bale to kill the game in his action also.

“The game was there with the space that they were giving us and the fourth goal was there but that is football and we were punished.”