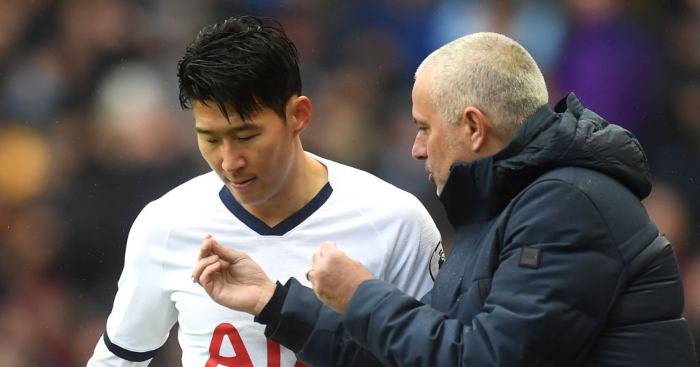 Jose Mourinho says the “situation couldn’t be worse” for Tottenham after the club confirmed that Son Heung-min fractured his right arm in Sunday’s win over Aston Villa.

But Mourinho said last month that Parrott is “not ready at all” to fill the void as the main striker, though the Republic of Ireland Under-21 international could be considered for some playing time.

In his pre-match press conference for Wednesday’s Champions League clash with RB Leipzig, Mourinho said of Son: “We are going to miss him.

“The club wrote a nice statement. If I was the one to write the statement I would write different. We miss him.

“The situation couldn’t be worse. That is obvious. There is nothing we can do.

Asked if he would have to try a different style of play with Son now absent as well as Kane, Mourinho replied: “Yes, it has to be.

“When we arrived we were on the minus-12th floor, we got on the stairs and we started climbing. But immediately in the beginning, the stairs broke so we were in trouble and we were finding a way to try to get up.

“We found a way, with a lot of work and a lot of effort and we started going and going and going, and when we arrive on the fourth floor, which was where we wanted to arrive, somebody came and took the stairs away.

“So now we are in trouble. Now we have two options.

“One is to give up and we will fall and normally die – because it’s the fourth floor. Another way is to fight with what we have, no stairs but arms. So, we’re going to be on that balcony fighting with everything that we have.”