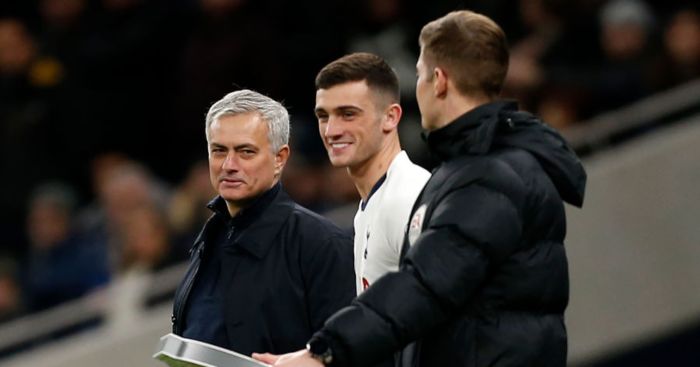 Jose Mourinho says that many fans calling for Troy Parrott to be given a Tottenham chance don’t even know what he looks like.

Despite injuries to Harry Kane and Heung-min Son, 18-year-old Parrott has found first-team opportunities limited in north London this season.

The striker made his Premier League debut in a 5-0 win over Burnley in December, with those five minutes supplemented by another stoppage-time appearance in the defeat to Wolves.

Ian Wright was “gutted” for the teenager after that match, adding his voice to the growing chorus asking why Parrott has not been given a proper chance.

But Mourinho says most clamouring for him to play have never even seen him, while comparing the “process” to that of Scott McTominay that he oversaw at Manchester United.

“This is a world where lots of people, they don’t even know if Troy has long hair or short hair, or is blonde, or is dark,” he said.

“There was a guy behind me on the bench the other day: Play Troy, play Troy. I don’t think he knows Troy.”

Parrott even added a new chapter in a ridiculous Spurs story that will end in Mauricio Pochettino’s son winning Mourinho the Premier League title, impressing for the U23s on Monday.

“I was so happy with the way he performed and I’m not speaking about the goal that he scored,” he continued.

“I told him before the game, every time you play with the kids of your age, you have to show your colleagues why you are the privileged one.

“Why you are training in the first team every day and some of them are not – they are still in the group age. Because it was something that he was not doing.

“I have no problem to say because I know that he will confirm – I had exactly the same words with Scott McTominay.

“At the moment, he was not loved in his group age. Because he was not with the right frame of mind.

“He was the best in everything, the best in attitude, the best in character. This is the way you work with kids and if, in these generations, kids, they have things too easy in life, I think it’s part of the education to also see the other side.

“So I think Troy will come even stronger and stronger when everything happens step by step. And not immediately.

“Because he is not ready for immediately. So it is a process.”