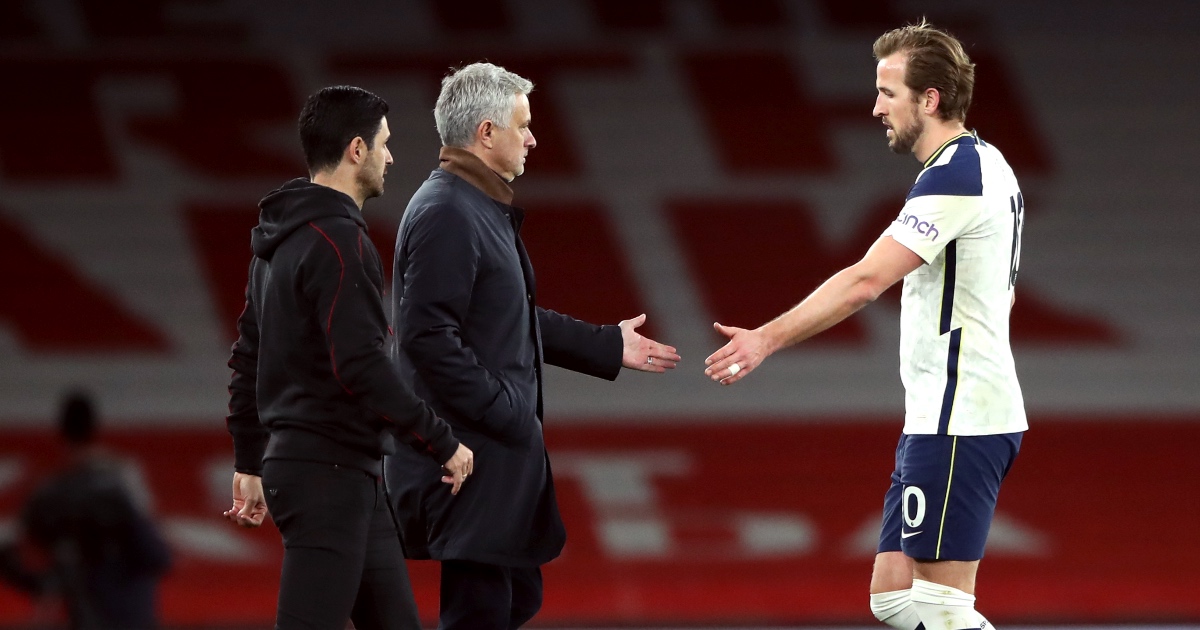 Jose Mourinho has had his say on the future of Harry Kane amid rumours he could leave Spurs this summer.

Kane has been linked with a move to Manchester United and Manchester City as Pep Guardiola looks to replace club veteran Sergio Aguero.

Mourinho believes that Kane should stay in the Premier League rather than moving to a club outside of England to make sure he is ‘happy’.

Mourinho spoke to James Corden for The Sun about Kane.

He said: “I think he has to play where he is happy. And I think he is happy in England. He is a very Premier League guy.”

The former Spurs boss managed Kane for 17 months in north London and despite the poor form that Tottenham endured, Kane was transformed under Mourinho adding frequent assists to his goals.

The England captain won both the Premier League Golden Boot and the award for most assists.

Mourinho was asked about Kane’s level of ambition by Corden who questioned if it was on the same level as the greatest players he’s managed including Cristiano Ronaldo.

He said: “Yes but when I work with these guys they were winning titles. It is about legacy. Legacy is about medals.”

Kane is yet to win a trophy in his career, but will be hoping to change that this summer with England at Euro 2020.

Mourinho hinted that this could be a possibility after he said: “Who knows? In five weeks Harry could be a European champion.”

Kane has stayed coy on his future despite hinting at a move away from Tottenham in a recent interview with Gary Neville.

The striker said: “I think it’s definitely a conversation to be had with the club. I want to be playing in the biggest games. The biggest moments.

“Like, this season I’m there watching the Champions League, watching the English teams in there doing amazing.