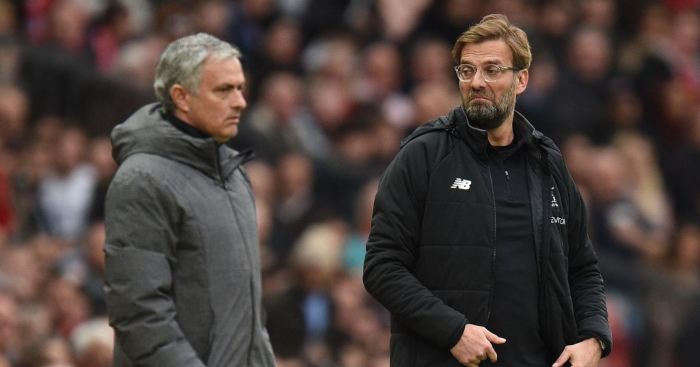 Jose Mourinho was vocal during the Premier League’s meeting with all 20 club managers on Wednesday, while Jurgen Klopp ‘expressed satisfaction’ with plans to return to training.

As part of ‘Project Restart’, Premier League chief executive Richard Masters and director of football Richard Garlick chaired a meeting with managers to discuss how and when the proposal of teams returning to training would be implemented.

David Ornstein of The Athletic reports that ‘it was deemed by the Premier League to be a success’, and that managers embraced ‘the rare opportunity to share a platform and forum to communicate as a group’.

There are still skeletal plans for the Premier League to return in mid-June, which would require clubs to commence training, complete with myriad new rules, as soon as possible for players to get up to speed.

The Premier League outlined in Wednesday’s meeting that playing games is not yet part of the consideration for returning to training as they are taking ”a baby steps” approach’ in that government health guidelines must first be met before the league can restart.

A source told The Athletic: “There was very much a ‘back to work’ feel about it, rather than ‘back to matches’. This gives us a roadmap, the first tentative moves to resuming football.”

It is said that ‘most managers seemed happy’ with what they were told, and that ‘concerns’ around player welfare – thought to be the biggest obstacle to the Premier League returning – were eased.

One issue could be that managers want four weeks of full training before playing again, which could mean that ‘a compromise’ may have to be made on plans for the Premier League to resume on June 12.

‘The main voice articulating frustration’ on the point of training was Tottenham boss Mourinho, who was backed by Southampton’s Ralph Hasenhuttl in saying that ‘further delays’ must be avoided if possible.

Mourinho even joked that everyone should “stay safe this weekend guys and watch the Bundesliga!” as his parting message.

Roy Hodgson of Crystal Palace ‘is said to have been hugely enthusiastic’ about the very idea of being able to train again, while Klopp ‘expressed satisfaction’ was ‘reassured’ on testing and is ‘keen to try and finish the season on grounds of sporting integrity’.

Not everyone was won over by the presentation, as Watford manager Nigel Pearson was ‘more reserved’ and carried ‘an air of caution’.