Home All The News Jose picks clubs he wants Man Utd, Liverpool to face in CL 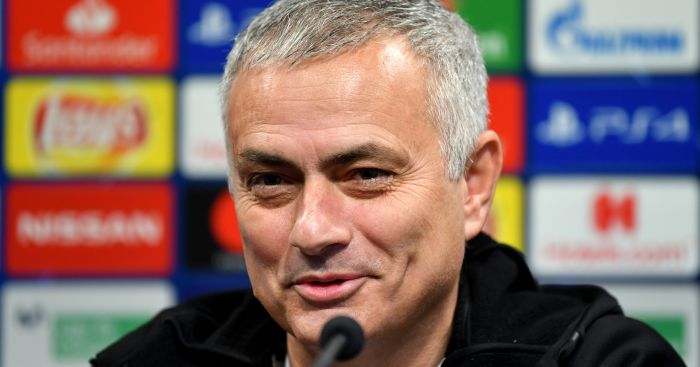 It is the first time since 2009 that the last-eight of the Champions League have included four English sides with Liverpool, Manchester City, United and Tottenham all making it through the first knockout round.

And Mourinho, who was sacked by the Red Devils in December, thinks two ties between English sides would make for a “fantastic” spectacle.

“I would like English teams to play against each other, without any kind of preference,” Mourinho told RT.

“But I would do two matches between English teams, which would mean two teams would be in the semi-finals.

“I think if the draw gives something like Manchester City versus Manchester United, or Tottenham against Liverpool, for example, I think would be absolutely fantastic matches.

“My second choice would be not by tactical or emotional reasons but by what I think would be fantastic extra motivation I would do Ajax versus Porto, as that would mean one of them reach the semi-finals.

“They are doing so, so well during the competition that I think it would be amazing for one of them.

“I wouldn’t like Juventus against Barcelona because I think it would be something really special Barcelona against Juventus in a possible final or semi-final.

“Two great teams that are not being successful in the Champions League for a few years, of course Juventus so much more than Barcelona.

“And led by two big players Cristiano [Ronaldo] and [Lionel] Messi is something I wouldn’t waste on a quarter-final, I would wait a little bit more.”