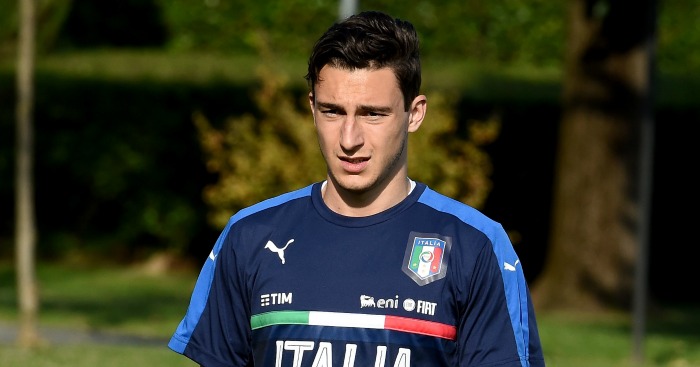 Matteo Darmian has now been touted – along with Juan Mata, Ander Herrera, Memphis Depay, Daley Blind and Bastian Schweinsteiger – as the first victim of the Jose Mourinho reign at Manchester United.

The claim comes from Italian newspaper Tuttosport, who say that Darmian is being touted around Italy, with Juventus likely to be interested in the right-back who joined from United for £12m last summer.

Their headline is ‘Mourinho spinge Darmian alla Juve’ and Google translate tells us that ‘spinge’ is Italian for ‘push’.

Darmian linked with Juve today. Don't want mass exodus at United, but at same time want Mourinho to have a strong squad #MUFC