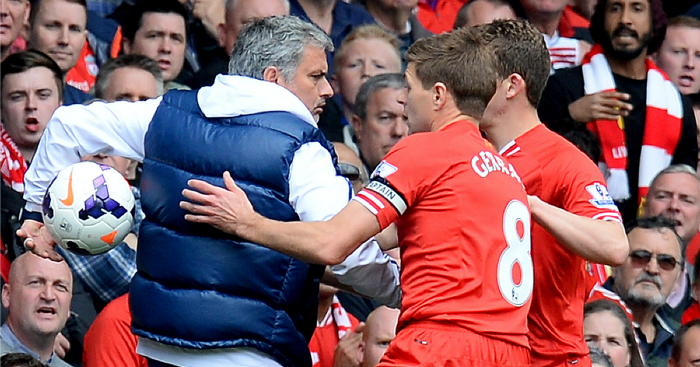 Chelsea were inspired to beat Liverpool in April 2014 because “there was a will” for the Reds to win the Premier League.

Liverpool hosted Chelsea in April 2014, starting the day three points clear at the top of the Premier League, with three games to go.

They were on 80 points with 35 games played, five points above Chelsea and six clear of Manchester City, who had a game in hand.

A draw would have served the Reds well, but Brendan Rodgers’ side contrived to concede goals in stoppage-time of both halves in a damaging 2-0 defeat.

City would go on to win the title, with Jose Mourinho’s Chelsea revelling in having dealt the biggest blow, as recalled by assistant manager Rui Faria.

“It was the 25th anniversary of the Hillsborough tragedy,” he told The Times.

“There was a will for Liverpool to be champions. On TV, everything was ‘Liverpool here, Liverpool there’. It was like there are no other teams in the Premier League so we were feeling, ‘Is [the title race] done? There are still some matches to go.’

“We won 2-0. That is why football is beautiful. You can’t predict what will happen.

“Liverpool and Chelsea became the new rivalry, fighting for the league, in the Champions League, so many stories around this fixture – the ‘ghost goal’. It’s an important, big match.”