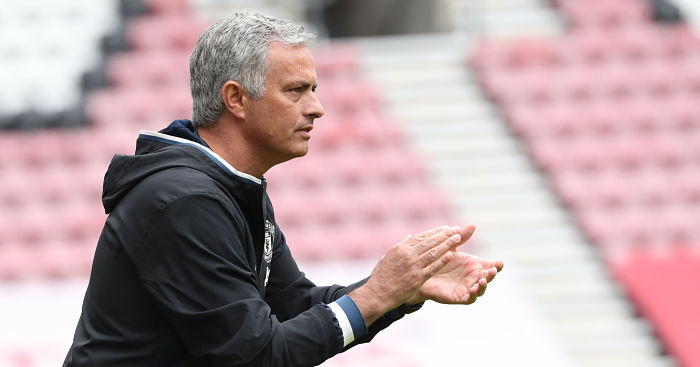 Manchester United fans caught a glimpse of new £26.3m signing Henrikh Mkhitaryan but goals from Academy graduates Will Keane and Andreas Pereira were the difference between Jose Mourinho’s men and Wigan in their first pre-season friendly.

Armenian Mkhitaryan was impressive as a No. 10 initially behind James Wilson, but lively football from him, Jesse Lingard and Memphis Depay did not create a single shot on target in the opening 45 minutes.

A cheer rang around the DW Stadium every time the ball was touched by Luke Shaw, making his first appearance in a United shirt since September.

Shaw came off at half-time and Daley Blind moved to left-back as Phil Jones came off the bench to partner the impressive £30m centre-half Eric Bailly.

There were a whole raft of half-time changes and just after the break Jussi Jaaskelainin gifted the ball to one substitute Juan Mata to set up another in Keane.

Pereira then thumped home a second; he will hope he has given Mourinho something to think about ahead of the new season.