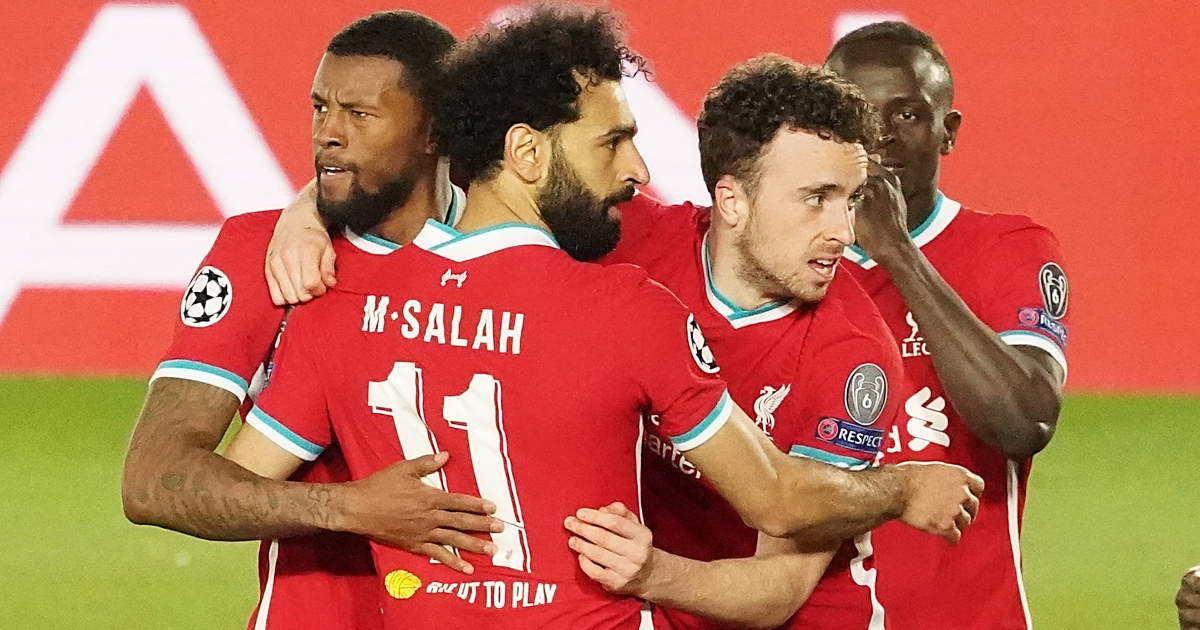 Liverpool forward Diogo Jota has outlined why he believes he has an “extra advantage” over the likes of Mohamed Salah and Roberto Firmino.

Jota joined the Reds last summer for a £41million fee and scored 13 goals in his debut campaign.

The 24-year-old was a positive note in an otherwise underwhelming season as Jurgen Klopp‘s side scraped a top four finish.

Speaking to Liverpool’s official website, Jota explained how his versatility gives him the edge over his attacking teammates.

When asked if he has a preferred position, the Portugal international said: “No, not really. I always answer this question [with] I like to be on the field, no matter which position.

“But, of course, I feel like being able to play in different roles gives you an extra advantage because managers can choose you for one thing or another.

“It’s good for a player to have that ability – and that’s one thing I’m looking to improve on as well.”

Jota has recently returned to Liverpool training after a well-earned holiday.

Klopp has confirmed that the attacker will be involved in Thursday’s friendly against Hertha Berlin.

The Dutch defender has been out of action since last October. He suffered a season-ending injury in a collision with Everton goalkeeper Jordan Pickford.

It was later revealed that he suffered a serious ACL injury and this saw him miss this summer’s European Championships.

“They will have minutes, that’s the plan,” said the German on Monday. “They obviously trained completely normal all the time now and we try to involve them.

“Some of them are ready for 60 minutes, it will be hard for them definitely but it means then others play 30 minutes and stuff like this, or even maybe 20 minutes and these kind of things.

“Pre-season is about trying, it’s a proper, proper challenge to make all these individuals to bring them in the best possible physical shape and make us more ready or stronger as a team.

“Unfortunately, football is not like cycling, so you don’t miss it completely but the pedals and stuff like this just go away so quick that’s incredible. So we have to work on that again, that’s what we do.

“Today is a really tough [double session]. I like it, the players probably sleep now already and that would be better because this afternoon it would be really hard.”