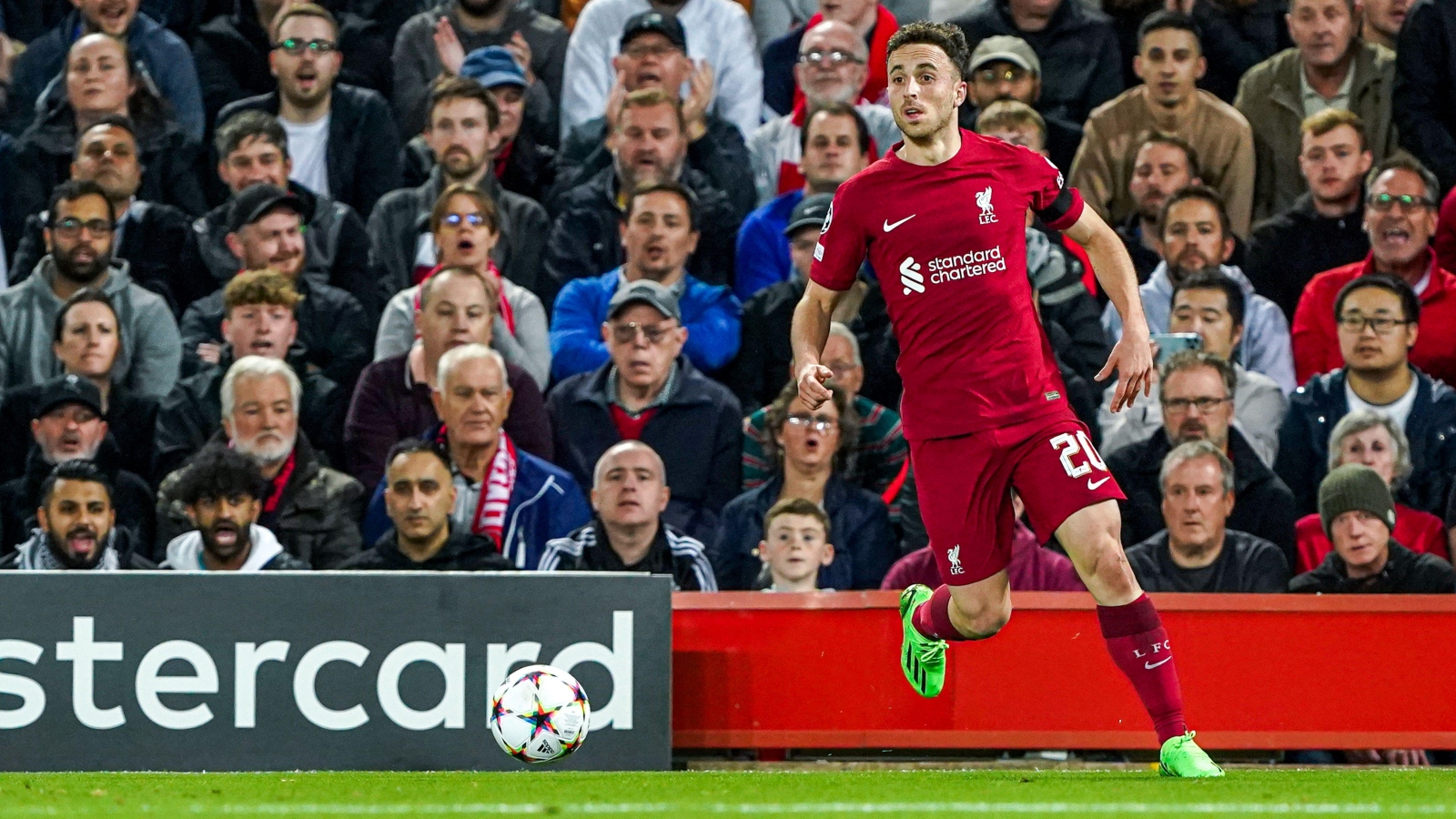 Diogo Jota is hoping the Liverpool squad will be ready to “go again” after the international break following their 2-1 win over Ajax.

The Reds have started the season poorly and fell to a 4-1 defeat against Napoli in the Champions League last week.

They bounced back with a victory against the Dutch champions on matchday two.

And Jota believes his side deserved the victory.

“Our last game was not good enough so it was a big improvement,” he told the club’s official website.

“Not perfect, obviously – but a very good game from our side.

“I think we didn’t deserve the goal we conceded, that’s football. I think we reacted [in] the way that was possible and, in the end, we got the result that we deserved.

“That’s massive improvement from [the] last game. I think we pressed really well the opponent and the first time they went through us they scored – no chances for Ali [Alisson].

“It’s like a knock but I think even that, it was not easy, maybe it took a few minutes to get used to that, but I think we still create our chances with corners, with free-kicks and we had a few more.

Liverpool are out of action until October with the international break coming up following this weekend’s fixtures.

Their trip to Chelsea on Sunday has been postponed in the wake of the Queen’s death after their game at home to Wolves last weekend was also called off.

On how his side will use the break, Jota added: “Today [Ajax] was really important because of that.

“It was kind of our last opportunity to do things right otherwise you needed to wait a long time to play again.

“So, we did it, job done and now everyone goes kind of different directions but we will soon be all together to go again.”

Jota missed the start of the season through injury and he has admitted it hasn’t been easy getting back up to scratch.

“Yeah, not easy!” he said. “Especially for me to not have a pre-season.

“Coming back from injury [you] always wish for a different scenario and everything is rolling and we are winning the games comfortably but it is what it is.

“We need to think and to deal with the situation and I think I did that, and the team did that, so all good.”

He continued: “It was the first time in my career that happened but we cannot change that.

“I think I need to do my best from now on. Obviously [the] coach knows that as well. I’ve been playing gradually more and more so I can be ready to play 90 minutes soon.”