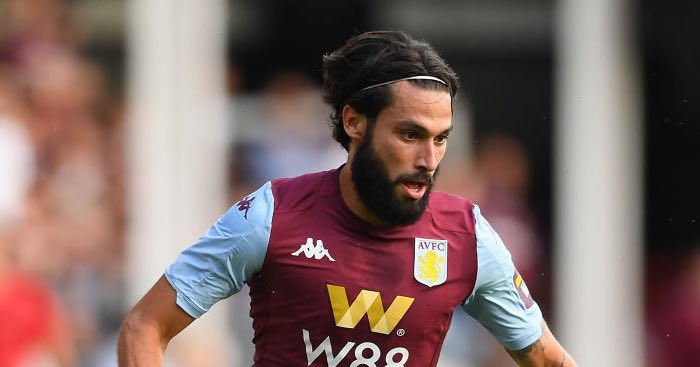 Jota insists Aston Villa are a big club as they look to fix their wretched home record.

Villa have won just 22 of their previous 95 home Premier League games over the last five seasons and host Bournemouth on Saturday in the first top-flight game at Villa Park since May 2016.

Playmaker Jota joined Villa from Birmingham in the summer and has been impressed with the size of the club.

Jota told the club’s official site: “Before I came here, I knew this club had a lot of history and that it was a big club in England.

“But now I am here, every day I feel more and more that this is a big club.

“It will be an amazing atmosphere. When we played our first game in pre-season here in England, we had 10,000 supporters away. You feel ‘wow, I am in a big club’.

“They always support us wherever we go. They are always there for us. It’s unbelievable how they support the team.

“I am really excited about Saturday’s game because I have played at Villa Park with other teams. But now I am excited to live the atmosphere as a Villa player.”

Jonathan Kodjia and Kortney Hause (both ankle) are sidelined while James Chester remains absent with a hamstring injury.

Villa lost their opening game 3-1 at Tottenham as they marked their return to the top flight after a three-year exile in the Sky Bet Championship.

Boss Dean Smith and Bournemouth manager Eddie Howe faced each other in League One when Smith was at Walsall and the Villa chief has nothing but praise for his Cherries counterpart.

“We’ve gone head to head before in League One,” he told the club’s official site.

“I know Eddie Howe well and have an awful lot of respect for him. What he’s done at Bournemouth is remarkable.

“I remember them as a League Two team. They’re an example for small clubs out there.

“They’re a well-coached team and he rightly gets a lot of plaudits for what he’s done there.

“It’ll be a challenge for us. No game in this league is easy. We have to go and perform.”