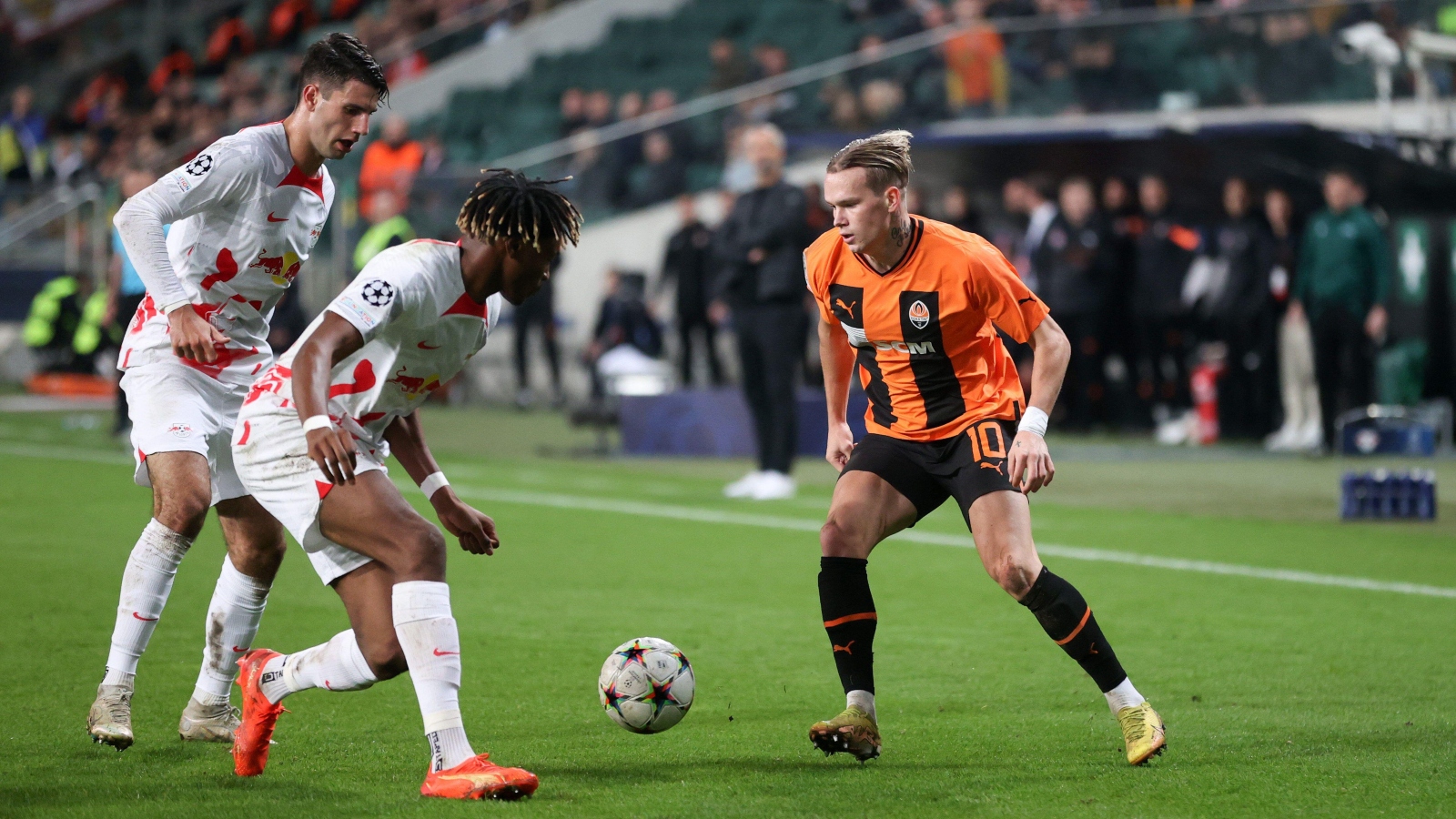 Mudryk is attracting the interest of several top clubs across Europe, with Arsenal being constantly linked with the Shakhtar Donetsk winger.

It was believed that he would cost £30million last summer, with Brentford and Everton keen at the time.

After a few excellent performances in this season’s Champions League, Mudryk has set his sights on a club like Arsenal.

He has openly admitted that he would struggle to say no to the Gunners if they came calling and has often flirted with the Premier League giants.

His exploits in the Champions League, as well as Manchester United’s £80m signing of Antony, have seen Shakhtar increase their asking price.

The 21-year-old could now cost anywhere between £50m-£85m, if reports are to be believed.

Having said that, a recent report suggested that Shakhtar would be willing to let the youngster leave for £40m plus add-ons.

As Arsenal continue to be strongly linked with the Ukrainian international, CBS Sports correspondent Ben Jacobs has said he remains “one to watch”.

“Arteta feels that he can be developed into a more versatile player,” he told GiveMeSport.

“At the moment he’s lightning quick, he’s got a good eye for goal, he weighs in with assists, he makes the pitch as big as possible, he starts on the left-hand side and he cuts in.

“I think Mikel Arteta thinks that he can spend more time during games in central areas and, even under select game management situations, switch sides as well.

“As he adds those strings to his bow, he could live up to his reputation as one of the best players in that position.

“So, it’s one to watch from Arsenal’s point of view.”

Campbell believes the signing of Mudryk could see Gabriel Martinelli move into the middle.

He told Highbury Squad: “I think Mudryk is tailor-made for what we do.

“I think in the end, in the end, Martinelli moves in as a striker. That’s the end game, I think.”

Martinelli has very rarely played as a No. 9 under Arteta, but it could be an option given the injury to Gabriel Jesus.

Jesus is expected to miss several months after undergoing knee surgery this week.

He picked up the injury at the World Cup with Brazil, though it is believed he has been struggling with a knee issue all season.

It is unclear whether or not the Gunners will look to sign a new striker or versatile forward in the winter transfer window given Jesus’ absence.

They still have Eddie Nketiah at the club and can recall on-loan striker Folarin Balogun, however, this is unexpected as things stand.

A move for Mudryk or PSV’s Cody Gakpo could make perfect sense for Arteta and Arsenal.

Gunners legend Ray Parlour recently discussed a conversation he had with director of football Edu in the summer.

Parlour said: “I haven’t seen a lot of him specifically but I do know Edu was looking for a winger when I spoke to him in pre-season.

“He wanted a winger who could go past someone and offer something a bit different to what they’ve got now.

“Someone pacy like a Marc Overmars… that’s what I’d be looking to bring in.”

Arsenal tried to sign Raphinha from Leeds United last summer before he signed for FC Barcelona.

Another player to be linked with a move to the Emirates over recent months is Atletico Madrid forward Joao Felix – who will reportedly be allowed to leave, but for a price north of £100m.