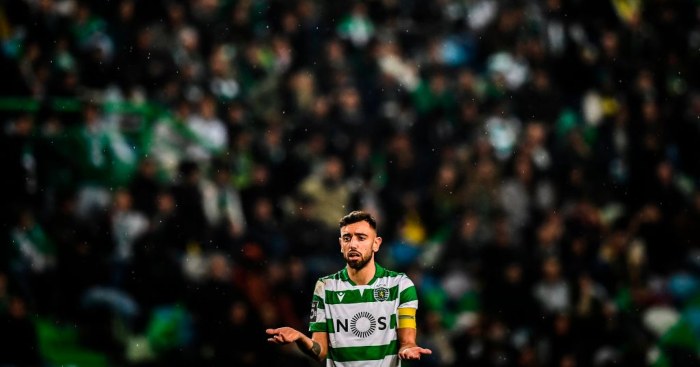 BBC commentator Darren Fletcher has provided us the latest information on Manchester United’s interest in Bruno Fernandes with a deal in “severe doubt”.

Fernandes has managed to contribute 13 goals and ten assists in 21 matches in all competitions this season for Sporting, so it’s not hard to see why United would target him.

Journalist Rui Pedro Braz told Portuguese television channel TVI 24 that there is a £13million disparity between the two clubs which could scupper the Portugal international’s potential transfer.

However, Fletcher thinks the gap between Man Utd and Sporting’s valuations may be even greater.

“The big story at the moment is Bruno Fernandes to Manchester United,” Fletcher told BBC 5 Live.

“The information, as I have it, is vastly different to what’s being reported at the moment.

“It’s being reported that they’re close to a £60m transfer, personal terms agreed, £120,000-a-week and the situation is that he’s likely to be at Anfield to watch the Liverpool game.

“But what I’m hearing is that is so off the mark. Tottenham made a £45million bid for Fernandes in the summer, Sporting rejected it and Spurs walked away.

“I understand United have bid more than that, £50-55m, because of how well he’s performed this season and they’re away that £40-45m was rejected.

“I’m led to believe though, that Sporting want €80m for Fernandes, which is €20-25m above united’s valuation.

“He is going to be play tonight and if he does the whole waving the crowd thing and he’s expecting to sign for United, I think he’ll be mistaken.

“As it stands, he’s going to be training with Sporting Lisbon on Monday and not in Manchester. And unless he buys his own ticket, there’s a cat in hell’s chance that he won’t be at Liverpool.”

Fletcher added: “So I think this whole Bruno Fernandes to United is in severe doubt, unless Sporting drastically reduce their asking price.

“When you look at his track record, €80m is way overpriced for him. And I think this deal is a long way off.

“It’s looking unlikely at the moment. There’s an element of leeway but 55-80 is a hell of a lot of leeway.

“So unless Sporting change their stance on his valuation, this is a non-starter.

“The reports seem to have jumped the gun, because I’m told there’s a lot of work to do on this deal before it’s anywhere near being competed.

“Personal terms, they’re not at that stage, the player and the club has not had any conversation about what the wages would be because they’re so far apart on his valuation.”