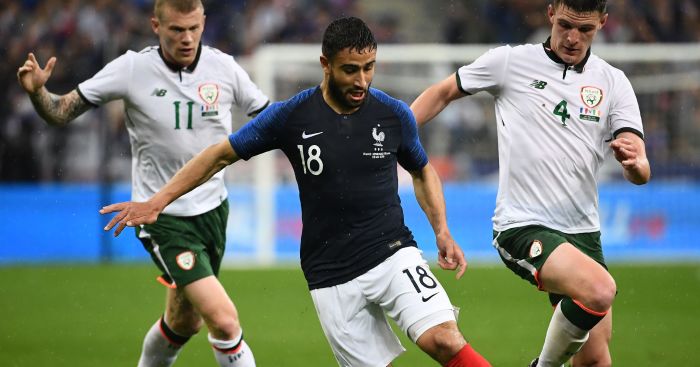 One journalist has provided an update on Lyon star Nabil Fekir, who has been linked with a summer move to Anfield.

Reds boss Jurgen Klopp has identified Fekir as a key man to bolster a central midfield that struggled to match up with the outstanding Luka Modric and Toni Kroos in the Champions League final loss to Real Madrid.

Recent reports suggested that Liverpool are ready to step up their efforts to sign the Lyon captain in a potential £60million deal this week.

Now, an update has arrived from France, where it is claimed that Klopp’s side are in pole position for Fekir.

L’Equipe journalist Erik Bielderman explained: “We do believe that it is going to happen.

“I’m not going to tell you it’s going to happen on a very short basis but it should because it seems quite obvious from the Lyon camp and the Fekir camp, Liverpool is really the first choice.

“He’s a playmaker, he’s a creative player so you know you have to use him in a central position behind one or two strikers.

“He’s not what he was a couple of years ago. He’s not a right-winger.

“I don’t know if it’s going to work with Firmino but it could work for Jurgen Klopp to use him in that position.”

On Monday night the Reds announced they had struck a deal with Ligue 1 club Monaco that would see Brazilian midfielder Fabinho move to Liverpool on July 1.