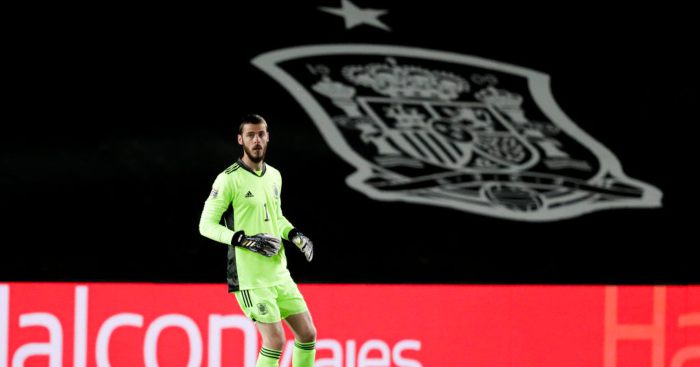 The 29-year-old is under enough pressure at Old Trafford with talk of Dean Henderson taking his starting place after performing well on loan at Sheffield United last season.

He has retained his number one jersey at Man Utd for now but it’s his place in the Spanish national team that is now coming into question.

Luis Enrique refused to blame De Gea for Spain’s shock defeat to Ukraine on Tuesday evening after he had to answer questions over the keeper’s poor positioning for the only goal of the game.

Andriy Shevchenko set the hosts up to defend and stifle their visitors and they successfully held their clean sheet, allowing Viktor Tsygankov to secure the points.

He did so in the 76th minute, breaking straight between the central defenders to collect Andriy Yarmolenko’s precise pass and fire past De Gea.

De Gea was caught out well advanced from his goal line with Tsygankov scoring past the Spaniard from outside the area.

Carreno said (via Sport Witness): “He is not to start for Spain. We have a problem in the goal. De Gea is a great goalkeeper, but when he has to make 2 or 3 important saves with the national team, he is not the way he should be.”

One of Carreno’s colleagues, journalist Anton Meana, went even further by claiming that De Gea was the worst keeper that Spain had ever had.