Speculation of interest in the Liverpool midfielder has instensified in recent weeks... 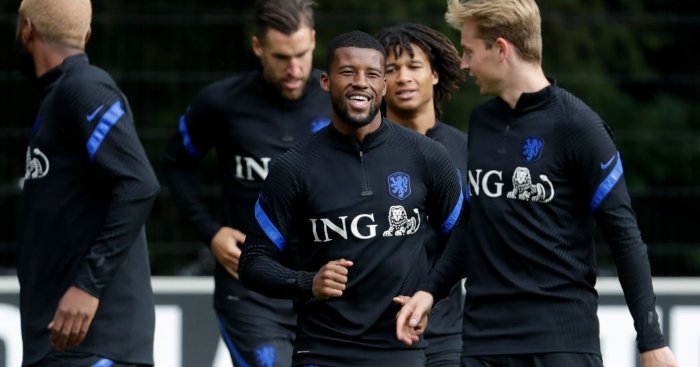 The Athletic journalist James Pearce insists that Liverpool would ask for more than £15m if they were to let Georginio Wijnaldum leave Anfield this summer.

Rumours of Barcelona’s interest in both Wijnaldum and Sadio Mane have intensified in recent days, following the appointment of Ronald Koeman and after Lionel Messi handed in a transfer request.

The duo are said to be ‘expectant and even excited’ over a potential move to the La Liga giants.

Koeman is a huge fan of Wijnaldum having worked with him while in charge of the Netherlands, and is keen to reunite with the midfielder in Catalonia.

A report on Saturday claimed that Barcelona were ‘confident’ of securing the deal and that Liverpool ‘could find themselves being backed into a corner’ due to the precarious nature of his contract.

And on Sunday the Daily Mirror announced that Liverpool ‘have told Barcelona it will cost them £15m’ to sign Wijnaldum this summer and that the Reds ‘know they have lost the battle to keep’ the midfielder.

However, while a departure may well be on the cards, The Athletic’s Pearce insists there is “no chance Liverpool would accept that” when responding to a fan on Twitter.

No mate. No chance LFC would accept that