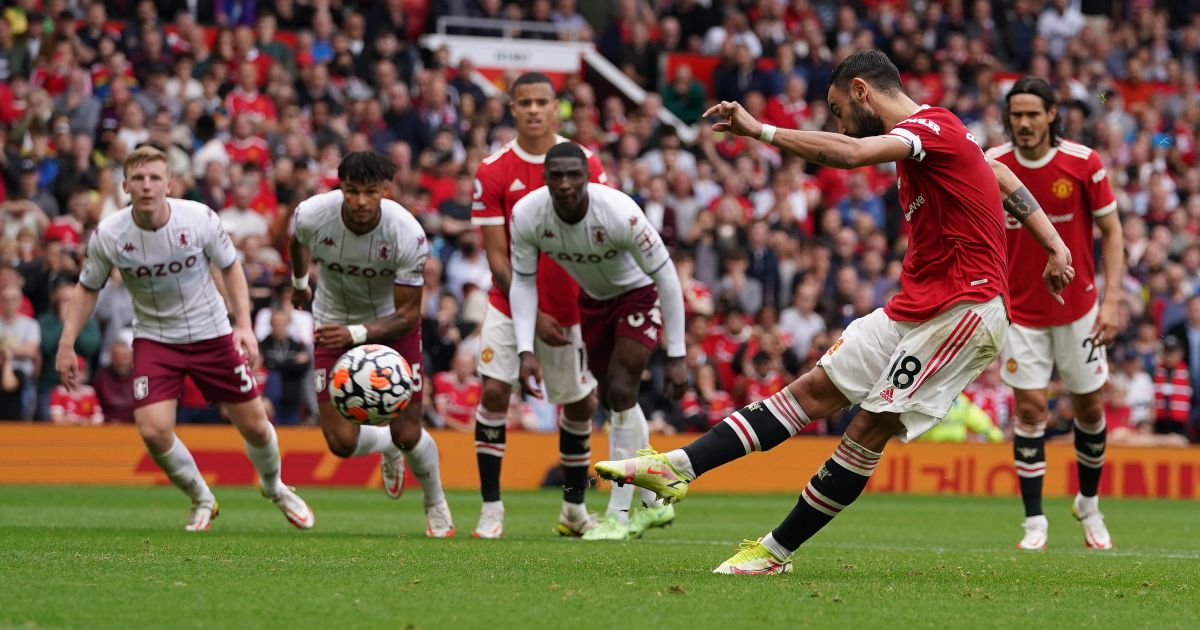 Man Utd midfielder Bruno Fernandes took to social media to apologise for missing a penalty against Aston Villa because he wasn’t the designated penalty taker, according to journalist Duncan Castles.

The Portuguese playmaker was given the chance to level proceedings at Old Trafford in a defeat to Villa in September just moments after Kortney Hause had put Villa into an 88th-minute lead.

But Fernandes, who had scored 21 of his previous 22 penalties for United, sent the ball high over the bar and Dean Smith’s side held on for a 1-0 victory.

And Castles has revealed that he has “information” that Ronaldo was the designated penalty taker but that Fernandes – who issued an over-the-top apology on social media – ignored those instructions to take the penalty.

“One of the things the goalkeeper used to try to put Bruno Fernandes off was to say to Cristiano Ronaldo, ‘you should be taking this penalty’. And it turns out he was right.

“Information I have is that going into that game against Aston Villa, Cristiano Ronaldo was the designated penalty taker for Manchester United.

“He should’ve taken the penalty at the key moment in the game, instead Bruno Fernandes took it upon himself to take it and ultimately miss it.

“I think from that information you can probably see why he made such an act of apology in putting out a seven paragraph social media mea culpa over that miss.”

Speaking after the match against Aston Villa, Solskjaer said: “Bruno has been excellent and Cristiano is probably the one who has scored the most penalties in world football. So we’ve got great takers here.

“Bruno has been excellent, he’s such a good penalty taker and today, you’d back him with your mortgage. He’ll step forward every day of the week, for the club and the team, sometimes it just doesn’t go your way.”