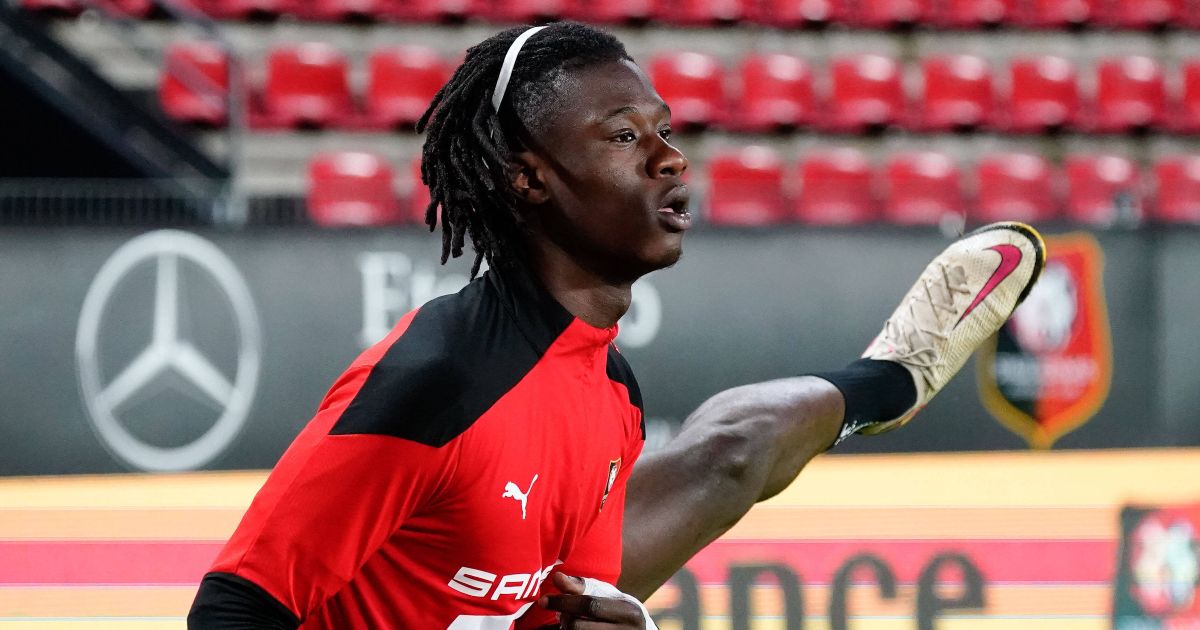 Arsenal will step up their pursuit of “new signings soon” but must sell some players first, according to journalist Fabrizio Romano.

The Gunners will be hoping to revitalise their squad ahead of the new Premier League season after back-t0-back eighth-placed finishes in the last two campaigns.

There had been reports earlier this week that the north London club had agreed a £50m deal for Brighton defender Ben White but it has been suggested those reports could now be wide of the mark.

Although Romano didn’t have an update on the White deal, he did have news of four possible departures, while he also had information on links to Rennes midfielder Eduardo Camavinga.

A report earlier this week in France claimed that Arsenal were ‘pushing hard’ to land Camavinga this summer amid concern they may miss out on Lyon playmaker Houssem Aouar.

Manchester United, Liverpool, Chelsea and Real Madrid have all been linked with a move for the teenager and in response to speculation linking Arsenal with a move, Romano said “there’s nothing, not even talks” between the Gunners and Rennes or his representatives.

There have been rumours that midfielders Matteo Guendouzi and Granit Xhaka could leave this summer, leading to rumours that Mikel Arteta will bring in a new midfielder.

Guendouzi has reportedly agreed to join French side Marseille this summer, with Romano adding that he ‘wants to join’ the French outfit.

Former Arsenal captain Xhaka has been linked with a move to Roma to play under Jose Mourinho and Romano reckons that deal is now in the “final stages”.

Hector Bellerin and Lucas Torreira are two other players likely to leave the Emirates Stadium this summer and the Gunners have apparently set their asking prices at £20m each – but Romano claims Torreira is ‘not advanced with Lazio’.

Guendouzi wants to join OM, Xhaka deal with AS Roma at final stages. Price tag around €20m for Bellerin, same for Torreira [not advanced with Lazio].

Camavinga-Arsenal: there’s nothing, not even talks.

“I still look at it and think the age, the talent he’s got, the season he’s had, I don’t see Aston Villa getting him at that price.

“Arsenal will be fuming, they will probably see it as an insult, offering £30m to one of their best young players.

“I just don’t see that one happening. I’ve seen Arsenal fans on social media now see Aston Villa as the enemy because we’re trying to steal their best young players for £30m.

“I just don’t think he’d want to leave Arsenal, to be honest. He’d probably see Arsenal as a bigger club than Aston Villa with their history and coming through the academy.”