Home F365 Says Should journalists – not fans – hold each other to account? 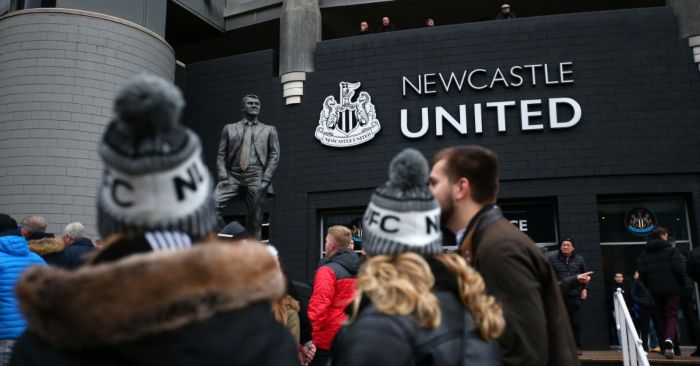 While the vaunted takeover of Newcastle was once a welcome distraction, a poll published on Twitter found that more than half of the 10,713 supporters who partook felt that its protracted nature had started to negatively impact on their mental health.

A serious question with no attached agenda. I just genuinely want to see what impact the #NUFCTakeover has had on #nufc fans.

Has the takeover had a detrimental effect on your mental health?

A story that was once a source of escape and endless possibility is now just another daily anxiety to group with everything else.

But that has not stopped some fans being glued to social media, impatiently awaiting updates from journalists. You cannot blame them. With this particular story, there seems to be another development near enough every day. Either the takeover is in serious doubt and the Premier League are set to fail the Amanda Staveley-led consortium in their Owners and Directors Test, or it is soon to be green-lighted and announced in the coming days, finally concluding what has been a torrid and saddening 13 years of a retail tycoon’s ownership.

Mike Ashley not only oversaw terrible results and two catastrophic relegations but also helped turn the club’s character into something detestable, disingenuous and, at times, even repulsive. Newcastle is still the only Premier League side keeping staff furloughed, while supporters are yet to receive the money owed to them for this campaign’s season tickets. Change is obviously needed. And now the club is arguably at the biggest point in its history: it will have all the riches in the world – albeit admittedly from a morally dubious source – or be back in the hands of the now-not-so Fat Cockney B*stard.

And journalists have done their best to keep supporters informed about what’s happening with the move which, at the time of writing, currently lies with the Premier League.

But news has been varied, at times even contradictory, fuelling fans frustration. Some reporters have been quick to be dubious about the takeover, saying that it is not a certainty, that the Premier League takes piracy seriously. Others have spoken out about Saudi Arabia’s atrocious human rights record and even criticised those Newcastle fans desperate to see it happen.

Both of these have been met with fury, abuse and sometimes downright ridiculous statements.

One of the most unbelievably obscene tweets from a Newcastle fan suggested that The Independent’s Miguel Delaney had never spoken out about the Saudis when they purchased Manchester City and has only done so now ‘because it’s Newcastle’. But it goes beyond the Magpies and the abuse of journalists extends to club rivalry as well. James Pearce’s piece about Liverpool starlet Harvey Elliott snubbing Sergio Ramos and Real Madrid was met with an abundance of backlash from mostly Los Blancos fans. The vitriol ranged from accusing the reporter of making the whole thing up, to some berating the frothy colour piece by sarcastically calling it ‘Pulitzer Prize-winning journalism.’

A vast majority of reporters who publish their opinions or tweet news are either acting in accordance with their own moral principles or writing an update because of the information they are told from sources. And annoying as it must be for fans, if there wasn’t that doubt or criticism in Newcastle’s case, or if these small stories where a young player turns down a huge foreign club weren’t told, journalists wouldn’t be doing their jobs properly. The unfortunate flip side is that it breeds bile. In the 1980s, we had riots and arranged street fights between rival supporters; nowadays it seems that venom spreads online, making Football Twitter an antagonistic place to visit, an arena where the recent ‘scummedia’ hashtag trends.

But it’s not all on the readers.

We are in a period where a poll shockingly revealed the UK’s written press to be the least trusted in Europe. It’s a quite astounding fact when you consider just how advanced and progressive we believe ourselves to be.

This distrust is fuelled by a small minority, not representative of most media, but sadly the loudest. We unfortunately have those who unquestionably have an agenda. Richard Keys, who quite remarkably admitted he could not stand the idea of PIF choosing Newcastle as the team they wanted to invest in, being a case in point of media figures showing their contempt for a single club.

Then there is the reporter who, upon receiving a wave of acclaim for breaking a good news story for a side, earning him thousands of followers, was given stick after it did not transpire. He rightly complained about the abuse he received, but then reminded his audience that what they were getting was ‘free content’. Is it a reason for publishing false information? Perhaps not. Was it his fault the story did not occur? Also no. But surely there comes a point where a journalist should take ownership when a story turns out to be wrong and at least address the issue in some capacity. However good your intentions might be, it’s probably not wise or fair to simply churn out falsehoods in the hope that something true might eventually stick, all the while not expecting any backlash.

It should be on journalists themselves to offer transparency on the stories that didn’t materialise, and even call out others in their field who are unquestionably sticking it to clubs for no reason, breaking the NCTJ omertà pact. Maybe then some trust will be built back with those they deliver stories to.