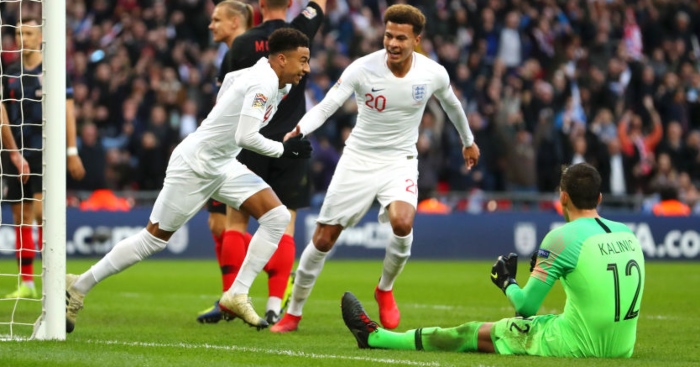 For some, the joy of an England squad announcement is in the new younger names with the bracketed 19, 20 or 21 confirming that the future is bright, or at least fluid. For some it’s in representatives of their club finally being rewarded for their endeavours; multiply that joy by 427 when your club is provincial and not part of the elite. For many, there is rarely any joy at all and there are those who scream ‘Henderson over Grealish?’ and ‘Gomez over Coady?’ while wailing into the night about ‘big-club bias’, wilfully ignoring the fact that Gareth Southgate has picked as many players from Aston Villa as Manchester United.

And there are those of us who look not for the inclusions but for the exclusions. Not because we want anybody to feel rejected or upset, and not for the sake of hilarious memes, but because it is vitally important that there is some jeopardy within the England set-up. There has to be a sense that poor form – or “a difficult period” – leads to a loss of status, that players cannot merrily under-perform or not even play for their clubs but then still receive that text message from the FA. Without jeopardy there can be no improvement, only stagnation.

Jesse Lingard has been named in every single squad for which he has been available during the entirety of Gareth Southgate’s reign. Until now. A month ago the manager was questioned about the Manchester United man’s inclusion and said “when you’re selecting a team, there’s half an eye on club form but also I don’t remember a game where he’s been really poor for us,” so Lingard sensibly withdrew from Southgate’s squad to avoid tainting that record. This time, the decision has been made for him and he can ‘watch’ England’s qualifiers just like the rest of us, with a phone in one hand and a beer in the other.

Here it is: your #ThreeLions squad for this month’s #EURO2020 qualifiers against the Czech Republic and Bulgaria!https://t.co/uuLf9zGD3g

Also missing out are Dele Alli (as forecast in our England ladder), Alex Oxlade-Chamberlain, who must now convince Jurgen Klopp that he is worthy of more than the odd cameo and Carabao Cup appearance, Kyle Walker and Eric Dier. It is equal parts astonishing and refreshing that only 11 members of Southgate’s World Cup party have been named in this latest squad a year on. And John Stones and Ruben Loftus-Cheek are the only members of the other 12 to miss out through injury; the other changes are steeped in age and form.

This England squad is young (no outfield player is over 30), playing regular top-flight football (only Joe Gomez is not first choice for his club) and largely in excellent form. It should not be revolutionary but at times over the last decade this has appeared unachievable.

There is something wonderful about a 21-year-old centre-half being called up by England after four Premier League starts, and there is no doubt that Fikayo Tomori’s Chelsea teammate Tammy Abraham deserves his recall, but the steady flow of new, young names meant little when Southgate was naming fence-sitting squads of 27 or 28 players just so he did not have to let down any of his favourites. Now we have a squad of 25 and a five-a-side team of players who have rightly been discarded until they deserve to join this company again.