"Personally, I had some ups and downs at Manchester United, but I was at my best in Italy." 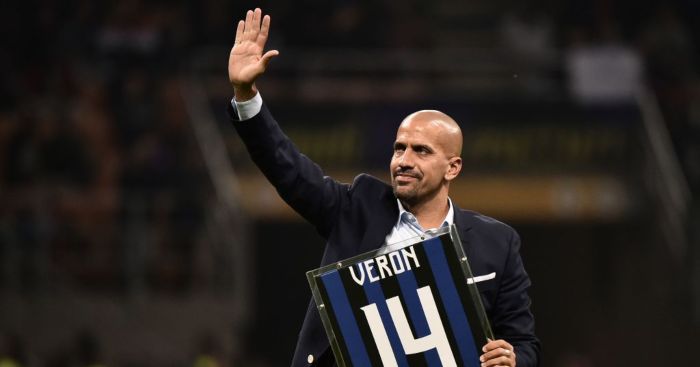 Juan Sebastian Veron thinks Man Utd flop Alexis Sanchez has had “ups and downs” at Old Trafford like he did, while he also thinks the Chilean is suited to Serie A more than the Premier League.

Former Argentina international, Veron, arrived at Old Trafford from Lazio in 2001 for a £28.1million fee.

Sanchez joined Man Utd in a part-exchange deal from Arsenal – where he was a success – with Henrikh Mkhitaryan moving the other way. But the forward struggled immensely at Old Trafford, scoring just five goals for the club in 45 appearances.

The Chilean moved to Inter Milan on a free transfer ten days ago after the Red Devils agreed to pay him a fee to end his contract early.

And Veron can see similarities between their two journeys with the Argentine suiting the football in Serie A.

Veron said: “I watched Sanchez play here [at Inter], he’s got enormous talent and is fantastic for Chile.

“Personally, I had some ups and downs at Manchester United, but I was at my best in Italy.

“I believe a player really finds he belongs in one league more than another. I know I did and I think that’s true of Alexis Sanchez too.

“He is a great representative not just of Chile, but also all of South American football.”