Home F365 Says The only Bellingham ‘nonsense’ is lack of options 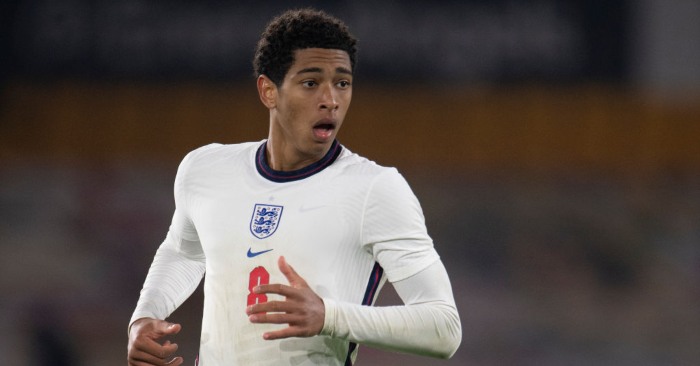 That is an exhaustive list of English central midfielders (not No. 10s or attacking players playing as the most advanced of three midfielders) who started the last round of Premier League games. Barring the players actually picked in Gareth Southgate’s latest squad, the remaining seven all play for clubs in the bottom half of the table; six of them play for a bottom four that already looks destined for a season-long battle against relegation.

Is there a single name on that list whose case for a call-up deserves a minute of your time? Anybody who can feel aggrieved that Southgate has called up 17-year-old Jude Bellingham in his stead? One of that less-than-magnificent seven is already significantly over-capped while perhaps one more (Gallagher) might merit future consideration when a season with West Brom earns him minutes elsewhere.

You may notice that Harry Winks does not claim a place on that list; he has not started a Premier League game since September and failed to even make the Tottenham bench last weekend. Perhaps those incensed by the promotion of Bellingham might consider the fate of Winks, considered good enough for England’s midfield despite being entirely usurped at club level. Contrast him with Bellingham, who has started four Bundesliga games this season for one of the giants of German football.

Jude Bellingham is clearly super talented and he’s a great story. But he’s 17 and he’s completed one 90 mins for Dortmund. Calling him up to the England senior squad over players like Maddison and Barkley is an utter nonsense.

‘He’s 17 and he’s completed one 90 mins for Dortmund’ is supposed to be a cautionary statistic but it actually sounds more like a reference. Take that in for a minute. Bellingham has played 11 first-team games for Dortmund at the age of just 17. Not on the wing or up front – where it is far easier to be given relatively risk-free minutes – but in the centre of midfield. That is astonishing and absolutely should be rewarded by an international call-up when the alternative is Harrison Reed or Jake Livermore.

And that is the alternative. Some write emotively about James Maddison or Ross Barkley – just as they wrote about Jack Grealish – as if the obvious replacement for injured box-to-box midfielder James Ward-Prowse is a ball-carrying attacking midfielder with an entirely different skill set. You might as well ask why Ollie Watkins was not given the nod.

A separate question is whether England should be playing two deep-lying central midfielders in a 3-4-3, but the facts are that England do play two deep-lying central midfielders in a 3-4-3. Whether that be Phillips/Winks, Henderson/Rice or Philips/Rice – the combinations for England’s last round of fixtures – that is Southgate’s preferred formation. Whatever journalists suggest, fans tweet or polls indicate, Southgate is not suddenly going to start playing more than three purely attacking players. That does not mean that the door is closed to Barkley, but it does mean that he is rivalling Grealish, Mason Mount and Phil Foden for an England squad place and not Ward-Prowse, Winks or Bellingham.

Oh and it’s never an utter nonsense to reward excellence, especially when you are swimming in mediocrity. The real quiz should be why Bellingham was not originally included instead of the discarded Winks.