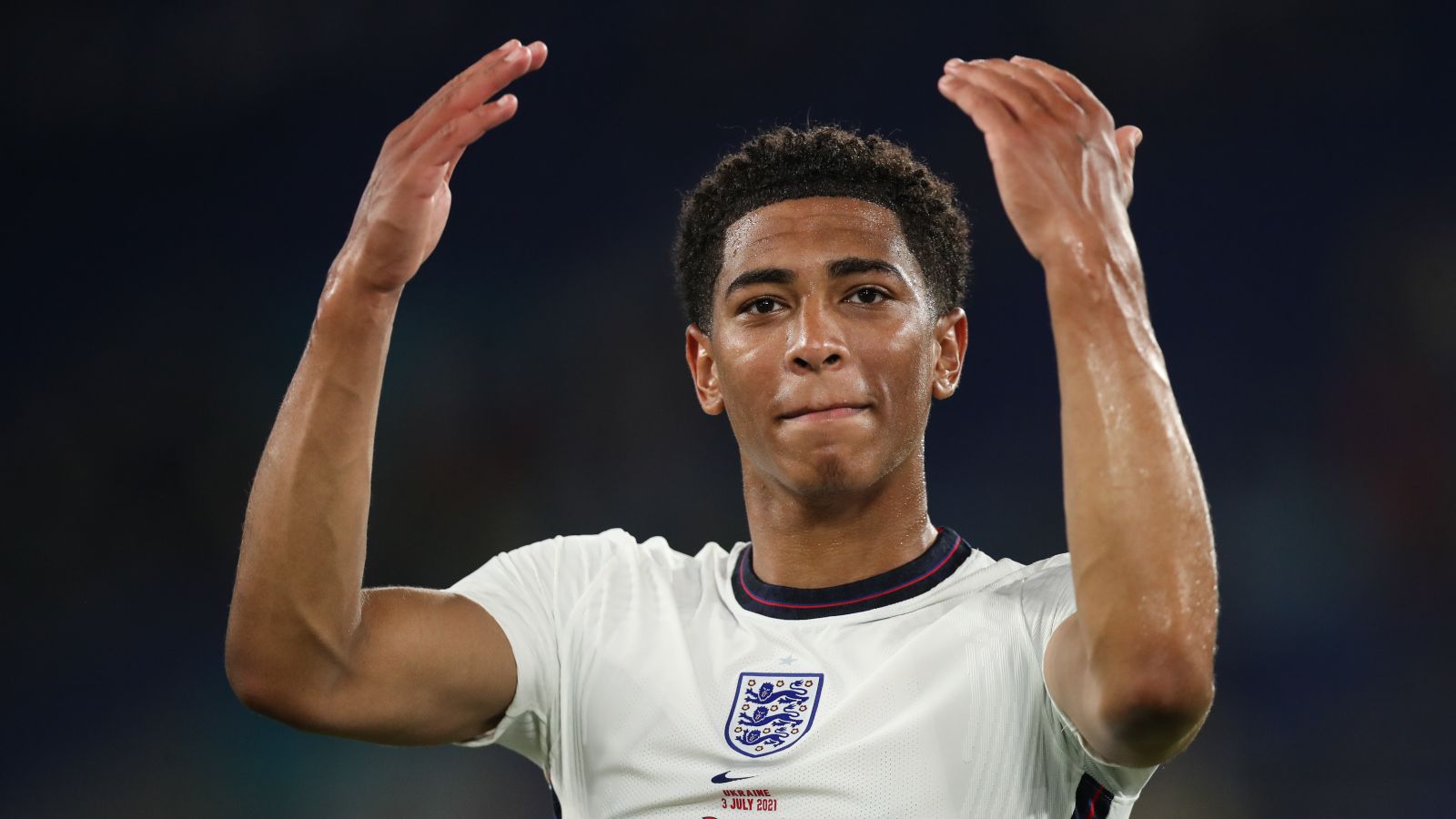 Jude Bellingham idolised Wayne Rooney and Steven Gerrard; you can absolutely see it.

Had we hazarded a guess at the footballing heroes of Jude Bellingham based on his deceptive grace, leadership, dynamism, vision and undiluted anger, we would have landed on the names of Wayne Rooney and Steven Gerrard even before we stumbled upon these quotes. This is not a kid who would have admired Michael Owen or Frank Lampard; his eyes would have been drawn to England’s unashamedly rough, unapologetically raw men of Merseyside. Both were born leaders, with Gerrard handing the England armband to Rooney when Bellingham was an ambitious 11-year-old Brummie already playing with kids who dwarfed him in age if not in stature.

“When I was younger, all I ever wanted was a Birmingham shirt. And then the more and more I watched Wayne Rooney, it was like all I wanted was a Wayne Rooney shirt and all I wanted was a Steven Gerrard shirt,” said Bellingham. Try telling him that these players were part of the great Golden Generation of England under-achievers; to a young attacking midfielder trying to learn his craft, they were exactly who he wanted to be. And you can see that every time he swears at older, more experienced teammates, just as you see it every time he carries the ball forward, propelled by sheer force of will as much as skill.

Rooney and Gerrard may have retired from England with over 100 caps and precious little else, but their performances for club and country are what inspired players like Bellingham, just as Conor Gallagher cites the influence of Frank Lampard and Emile Smith Rowe talks about David Beckham despite being a dot when he hung up his England boots. If this new batch of England players can mimic their childhood heroes but add the humility and decency that marks this particular generation, this golden era of English football (don’t let anybody tell you successive semi-finals is anything but) could stretch into this year’s World Cup and beyond.

Key to that is Bellingham, who is 18 and already has 10 caps. That puts him on a similar trajectory to Rooney, who claimed 27 caps as a teenager, though it’s far easier to establish yourself as an impact teenage striker than a central midfielder; Gerrard’s lack of caps before the age of 20 is testament to that particular barrier. But while the 18-year-old Gerrard was breaking though at Liverpool (he later admitted he was “out of his depth”), the 18-year-old Bellingham is one of the first names on the team-sheet for Borussia Dortmund and has already played Champions League football and enjoyed German domestic success. His development at such a young age is unprecedented in an English midfielder in the modern era. Remarkably, he is younger than Harvey Elliott. Were he also at Liverpool, we would be inundated with dozens of daily, fawning articles.

There have been headlines about Bellingham’s temper – telling a team-mate 10 years your senior that he is “f***ing sh*t” will not please everyone – but those headlines are diluted by the fact that Bellingham is miles away, having made the brave yet sensible decision to swerve Manchester United in favour of relative peace in Dortmund. He appears to be under the right manager there, with Marco Rose saying: “Where Jude comes from, you possibly speak a bit more rough in English. That’s part of it. Jude wants to win games, he’s angry – and that’s part of him as a player and something we actually need even more.” He knows that Bellingham’s anger is more help than hindrance and without it there may be no Bundesliga title race.

Every club in the Premier League would benefit from Bellingham – knowing his age means he could drive their midfield for the next decade or more – but the good news is that an accident of birth means he also belongs to England without the need of a transfer fee. There’s a sense that we don’t really know how lucky we are just yet, though the absence of Kalvin Phillips might give us the chance to find out this week.

And should England win a tournament under the captaincy of Bellingham, Gerrard and Rooney can claim a slither of credit at least for inspiring another rough diamond in their image.