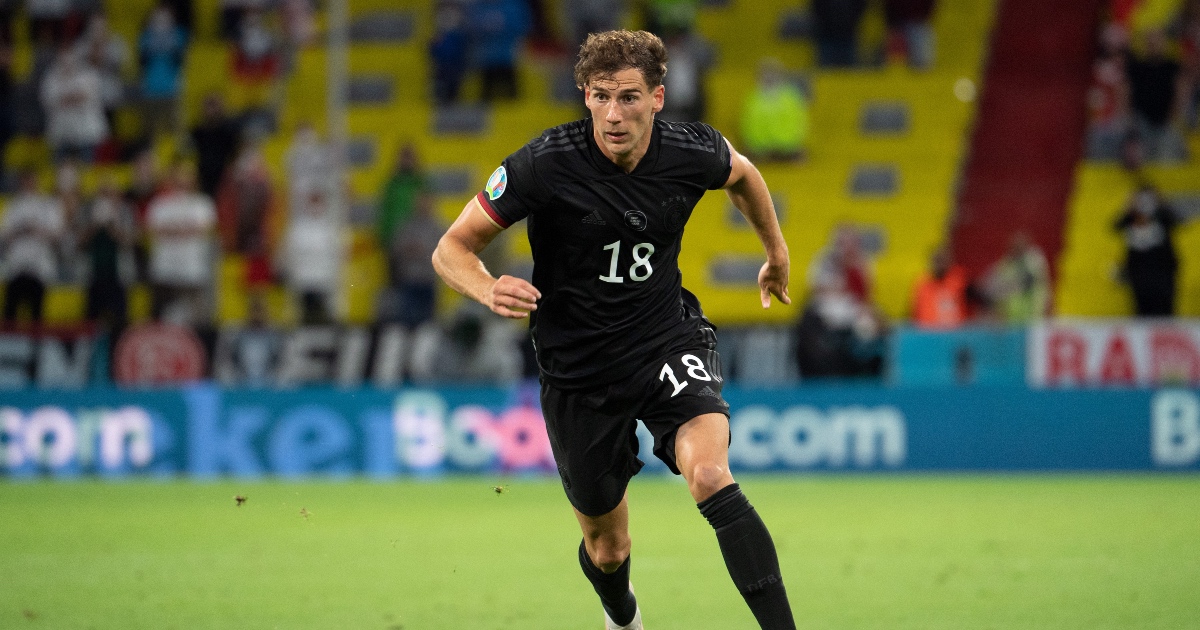 Bayern Munich boss Julian Nagelsmann is hoping to work with Leon Goretzka ‘for many years’, despite rumours of a Manchester United move for the midfielder.

Recent reports have suggested the Red Devils could bid for Goretzka if Paul Pogba leaves to rejoin Juventus.

Goretzka has proven himself to be one of the top players in Germany, and Nagelsmann is aware of his talent.

Speaking about the 26-year-old, Nagelsmann said: “Leon is an important player for us. I would be happy to work with him for many years.

“I think very highly of him. He is one of the most dangerous midfielders in the world. Everyone likes to have him in their team.”

Bayern chief executive Oliver Kahn has revealed contract talks have started with Goretzka, along with one of his team-mates.

“We’re in talks with Goretzka and [Kingsley] Coman,” he said. “Absolute top players want to be paid accordingly, we’re not naive about that. That’s perfectly fine. With us, there is a limit, which is very clearly defined.”

Kahn remains confident about a new deal for both players due to the experience that Bayern can offer.

“I am optimistic. We have a great package to offer here.

Goretzka helped the Bavarian side to win their 31st league title in 2020/21. He featured 24 times in the Bundesliga, scoring five goals and assisting a further seven.

Despite that success, it was a slightly disappointing campaign by the club’s high standards.

They reached the quarter-final of the Champions League but were knocked out by Paris Saint-Germain on away goals.

The German giants were also knocked out of the DFB-Pokal in just the second round. They drew 2-2 with Holstein Kiel in normal time before beating beaten 6-5 on penalties.

Goretzka didn’t enjoy much success with Germany at Euro 2020, either.

He rescued their group stage hopes with a late equaliser against Hungary, which sent Joachim Low’s side through in second place.

However, they were dumped out of the competition by rivals England in the round of 16.

Declan Rice and Kalvin Phillips did well to hold off the attacking runs of Goretzka as the Three Lions went through at Wembley.