The winger has developed into one of the most dangerous attackers in the Premier League. 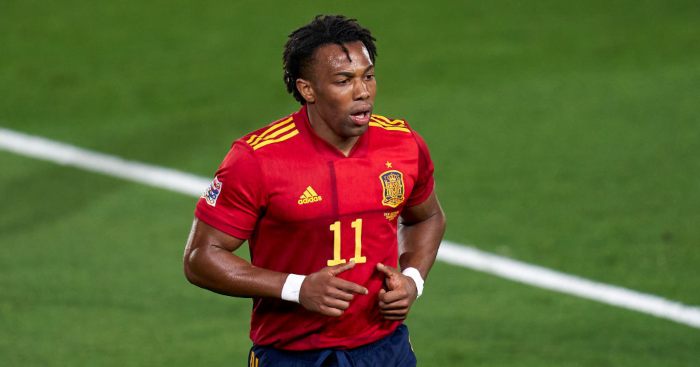 Jurgen Klopp is interested in bringing Wolves attacker Adama Traore to Liverpool, according to reports in Spain.

Traore has developed into one of the most dangerous attackers in the Premier League. Not only fleet footed, Traore is extremely tough to knock off the ball and there were rumours over the summer that Klopp was very keen on a deal for the former Barcelona man.

The Spaniard has taken his game to another level recently, scoring four times last season and weighing in with nine assists in 37 Premier League appearances.

Despite reports of interest from Liverpool and rivals Manchester United, Traore remained at Molineux, with former team-mate Diogo Jota heading to Anfield.

Rico believes that the Spain international’s ‘talent may surprise’ some, with the journalist speaking very highly of the former Barcelona youth star.

Rico wrote in Mundo Deportivo: “Some, with other qualities, do not have the imbalance with which this boy  [Traoré] can open the most closed defence. Others, with these conditions, do not have the fortune of continuity or the concentration that the elite demands.”

It is claimed that ‘it is logical that Klopp wants him at Liverpool’ with Wolves ‘asking’ for around €70m to sign the 24-year-old.