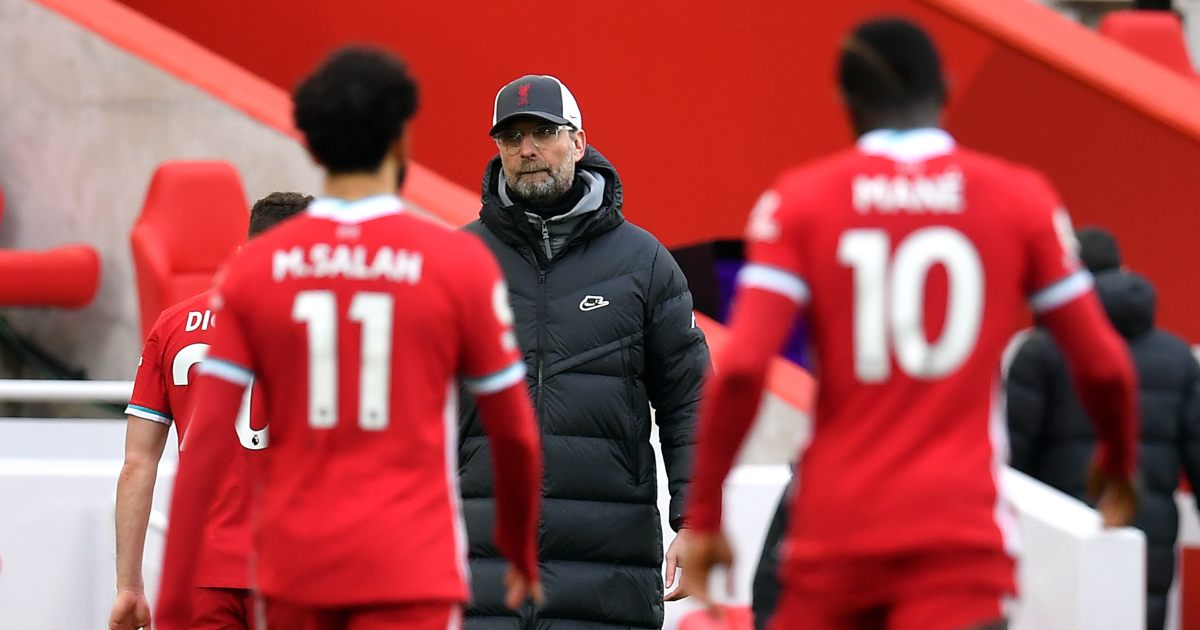 Didi Hamann thinks Jurgen Klopp is losing “faith” in his Liverpool squad after they lost to Fulham 1-0 on Sunday.

That defeat meant Liverpool have now lost six matches in a row at Anfield, leaving them eighth in the Premier League after Tottenham thrashed Crystal Palace 4-1.

The Reds have lost key players in defence and midfield this season but it has been scoring goals recently that has been a particular problem.

And Hamann was baffled by Klopp’s decision to make seven changes to the Liverpool starting XI for their clash with Fulham.

Hamann told talkSPORT: “Every week you think ‘this can’t get any worse’ and the next week it does get worse!

“It’s a terrible run they’re on; to lose six home games is not what champions do, it’s not what Liverpool do.

“I’m not sure whether there’s something wrong within the team and behind the scenes, but clearly something’s not right.

“It was a must-win game if they want to stay in the hunt for fourth place; I was surprised by how many changes Jurgen Klopp made.

“He probably thought, ‘with the other players we lost games, so why not throw them all in?’ But they look a beaten team, no matter who is playing at the moment, and Fulham deservedly won.

“Klopp hasn’t got an awful lot of faith in his players at the moment, and it shows.

“This is something you don’t really see from Liverpool. Their drive, passion and resilience to come back from going a goal down or two goals down, I think that was always their trademark.

“But at the moment nothing of that can be seen and this is why they are where they are.

“He probably thought we make the changes now and see how it goes against Fulham, because it probably gives us a better chance against RB Leipzig midweek, where they are in a very commanding position; you’d expect them to go through.

“But they have no confidence, there’s just no spark and I haven’t got the feeling that everybody is doing their utmost to get out of their situation and it’s a very worrying time.”

Hamann added: “Looking forward, I really worry about the team and the club.

“Because if they weren’t to get in the Champions League, maybe there’s no European football at all!

“What’s going to happen in the summer? These owners have never really been big spenders.

“If they don’t play in the Champions League I don’t think they will have a team that will be capable of winning the Premier League.

“Klopp has set the bar very high. He has a long term contract…

“I think the only decision he has to make is maybe is there another manager who gives you a better chance to get into the Champions League or turn things around?”