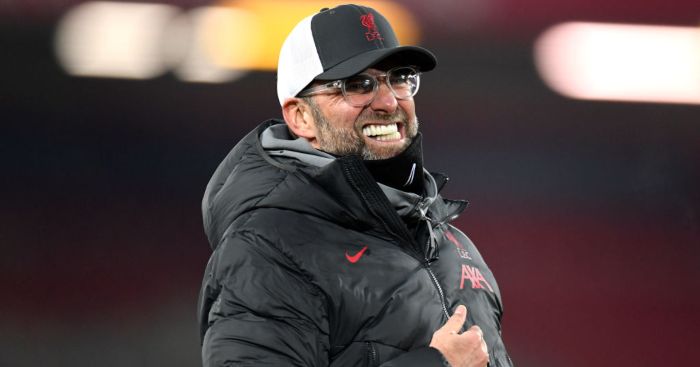 Jurgen Klopp was impressed by a number of “sensational individual performances” as Liverpool brushed Wolves aside in a 4-0 win.

Goals from Mohamed Salah, Georginio Wijnaldum, Joel Matip and a Nelson Semedo own goal wrapped up a victory which was far more comfortable than even the 4-0 scoreline suggested.

There were so many other positives with a second successive clean sheet for Caoimhin Kelleher, on his Premier League debut, and the return from injury of Trent Alexander-Arnold and Naby Keita.

OPINION: Mourinho is the master of Premier League winners and losers

However, Klopp picked out the performances of Neco Williams and Sadio Mane as particular highlights at Anfield.

“There were plenty of sensational individual performances,” said Klopp. “The young boys were really great.

“Neco Williams, we only took him off because the plan of Wolves was obviously to bring (Adama) Traore on to the left wing so that if Neco makes one more foul, maybe he gets a second yellow. He played really, really good.

“Sadio had a few moments where he controlled the ball where I still don’t understand how he can do those kind of things.

“There were a lot of good performances and that’s how you can win a football game.”

“We didn’t perform well, Liverpool performed better than us. That is a reflection of the performance on the pitch,” he said.

“It was not a good performance. We were organised but not as organised in the second half, a poor second half.”

There was better news on the health of striker Raul Jimenez, who is out of hospital after a fractured skull against Arsenal a week ago.

“Raul is back home and is recovering,” Nuno added.

“We have already spoken and we will see each other soon. Him being back home is very good news and we must give him time to get healthy.

“He is recovering and he has been in contact with all his team-mates like he was before, the only thing that is missing is he is not here with us.”