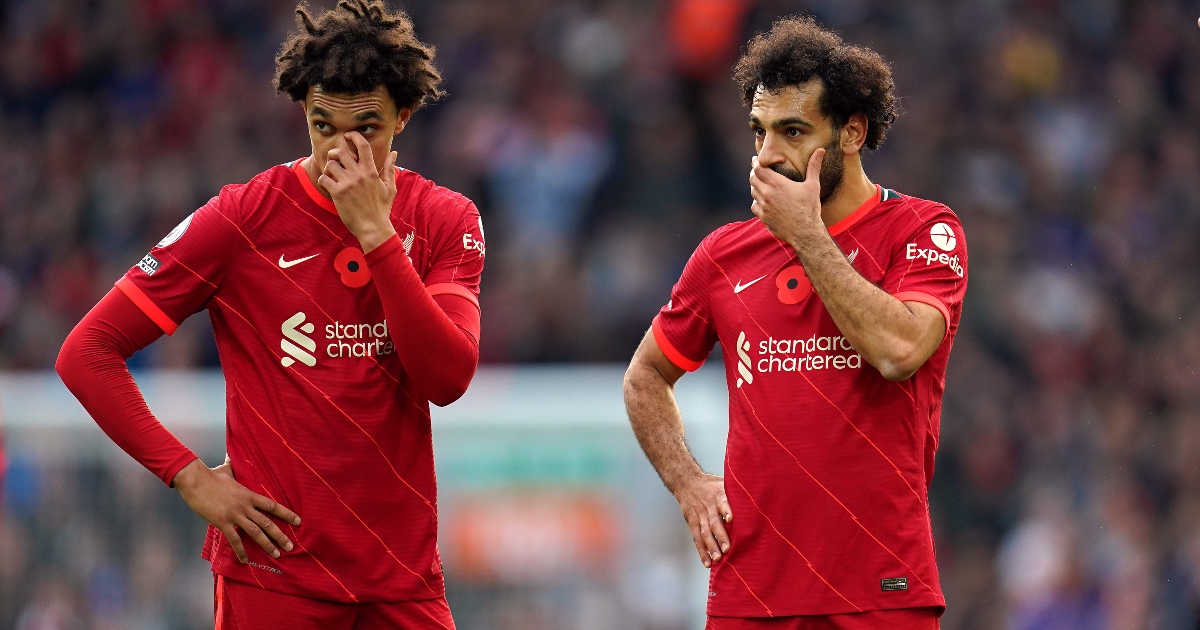 Jurgen Klopp criticised the “body language” of his Liverpool players after the 2-2 draw with Brighton on Saturday, likening it to “losing another player”.

The Reds were stung by a spirited Seagulls response after going two goals up in the first half, with Enock Mwepu and Leandro Trossard striking either side of half-time.

Jordan Henderson put Liverpool in front inside five minutes and Sadio Mane doubled the lead before the half-hour mark but Brighton came on strong as the game progressed, catching the hosts off guard.

Klopp said after the game: “It looked like bit-by-bit we lost another player, body language wise. All of a sudden it wasn’t there anymore.

“In the first half, we were playing incredible passes between the lines, which was exactly what we needed, but in the second half I can’t remember a lot.

“We lost momentum, that was obvious, but if you only play wide you cannot make a real difference given how they defend. We had to attack through the centre, and we didn’t.

“They are definitely underestimated, not from us but in general. They have incredible technical players. When they play wide, the next pass maybe goes in the centre, and the first touch is incredible. You watch it like, ‘Wow!’

“The second goal they scored was a well-played goal, but we could have defended it better. They deserved the point, and that’s it.”

Brighton boss Graham Potter said of his side’s performance: “The players deserve all the credit, they played with such courage and intensity. Both teams were at it, we went toe-to-toe, and the boys gave everything.

“It’s a point for us, and a performance we can build from. We had trouble putting pressure on them early on, and once we could do that we got more of a foothold in the game. We survived the 3-0, if that’s allowed it makes it very difficult.

“That was a key moment, and after that I thought we were amazing.”

The result leaves Liverpool three points adrift of league leaders Chelsea, while Brighton move to within a point of the top four.