Home Mediawatch Why are we pretending Jurgen Klopp ‘came out fighting’? 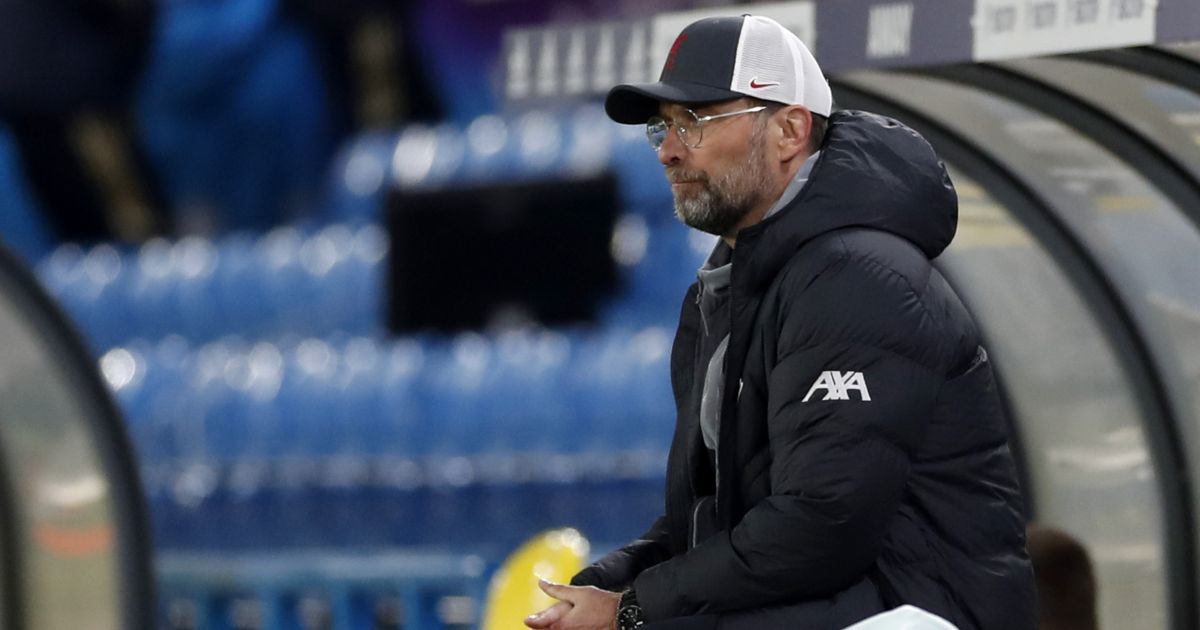 Why is everybody pretending that Jurgen Klopp ‘came out fighting’? He was madder at Gary Neville and Leeds United than his owners for taking the club into the Super League…

Rousing the Klopp
It seems that the media was so desperate for Jurgen Klopp to come out all guns blazing against the European Super League that they collectively decided to pretend that he did.

Which is how we arrive at a Sun back page of ‘STOP THE PLOT: Klopp and Milner defy Kop owners’ even though Klopp specifically said:

“It’s a tough one. People are not happy. I understand that – but I can’t say a lot more as we were not involved in any processes.”

“I an here as a football manager. I will do that as long as people let me do that.

There is nothing remotely ‘defiant’ to Liverpool’s owners there; the only hint that he is opposed to the Super League came in his confirmation that his opinions have not changed since he was far more vocally opposed back in 2019. He had the opportunity to reiterate those opinions and he chose instead to say very little.

The only real defiance he showed was to Gary Neville and Leeds United.

So no, The Sun, he did not ‘come out fighting against the new European Super League’ at all. Indeed, he defended his club’s owners and he even suggested that he would stay and manage Liverpool in this new era. The big rebel.

Over at the Daily Mirror, they go even further, claiming Klopp (along with James Milner) ‘delivered a damning verdict on Liverpool’s decision’ when the very strongest thing he said was this:

If that’s a ‘damning verdict’, then just wait until you hear Mediawatch’s views on fancy dress parties. You will explode.

Lipton Nice
Elsewhere on the back of The Sun, Martin Lipton – fresh from declaring on Monday that the Big Six would be BANNED from football – pens an ‘exclusive’ that ‘The Big Six rebels face being ordered to QUIT the Premier League by their furious rivals’.

It takes him several paragraphs – which crucially takes the story off the back page – before he admits that ‘their furious rivals’ do not actually have the power to demand they QUIT as it would take 15 votes to ‘boot any of the Big Six out’, and it’s difficult to imagine even in these curious times that they could convince any of the Big Six to vote themselves out.

He then writes about a rule which gives “discretion, right and power” to the Premier League’s board to “act in sole and absolute discretion”, thus bypassing the need for a vote. But we all absolutely know that is bollocks, especially Lipton himself, who writes elsewhere that jettisoning the Big Six would ‘smash a huge hole in the potential value of top-flight clubs’.

Odd how those details don’t quite make it to the back page.

Crack addicts
This Tuesday morning, the Mail on Sunday’s Oliver Holt is learning the power of a single tweet, with these 27 words…

Hearing the first cracks may be beginning to appear in the ugly, misshapen edifice of the ESL. Told two English clubs are close to losing their nerve.

The fact that the two English clubs ‘close to losing their nerve’ are most likely Manchester City and Chelsea is seemingly irrelevant; it’s Liverpool who drive those clicks so it’s Liverpool in the headlines. Of course it bloody is.

LIVE LIVE LIVE
Over at the Liverpool Echo, they just bloody love to go LIVE, even if they are not allowed in the place in which the LIVE stuff is taking place and have no idea what is happening LIVE.

They really do surpass themselves with their 11.03 update:

‘It’s just after 11am which means the Premier League meeting to discuss the proposed Super League should be underway.’

And it’s LIVE. Or at least it should be if everyone arrived on time.

Exclusively wrong
The Sun is spoiled for back-page exclusives, with Dave Kidd claiming to be first with the news that Tottenham are targeting Julian Nagelsmann and he ‘may arrive before the end of the season’.

He claims that caretaker manager Ryan Mason and Chris Powell ‘have not been told they will definitely remain in charge for the rest of the season’, which is presumably as much information as Danny Rose could provide.

Shame about this then:

Following the departure of Jose Mourinho, we can now confirm that Ryan Mason will take charge as Interim Head Coach for the remainder of the season.#THFC ⚪️ #COYS

This means more
Talking of Tottenham, Rio Ferdinand is baffled by their decision to sack Jose Mourinho.

“It’s not normal for a manager to be sacked a week before a cup final. Has he disagreed with what’s going on with the European Super League and Spurs joining it? I don’t know.

“There could be so many different reasons why he’s gone. But Mourinho doesn’t do things conventionally, does he? This is a mad move at a mad time and I need to hear more.”

Okay, so we will tell you more:

* Jose Mourinho had the worst win percentage of any Tottenham manager since Juande Ramos.

* He won just one of his last seven games as Tottenham manager.

* He managed to lead Tottenham out of the Europa League despite a 2-0 first-leg lead.

* He won just one of his last seven games as Tottenham manager.

Is that enough? Or should we carry on?