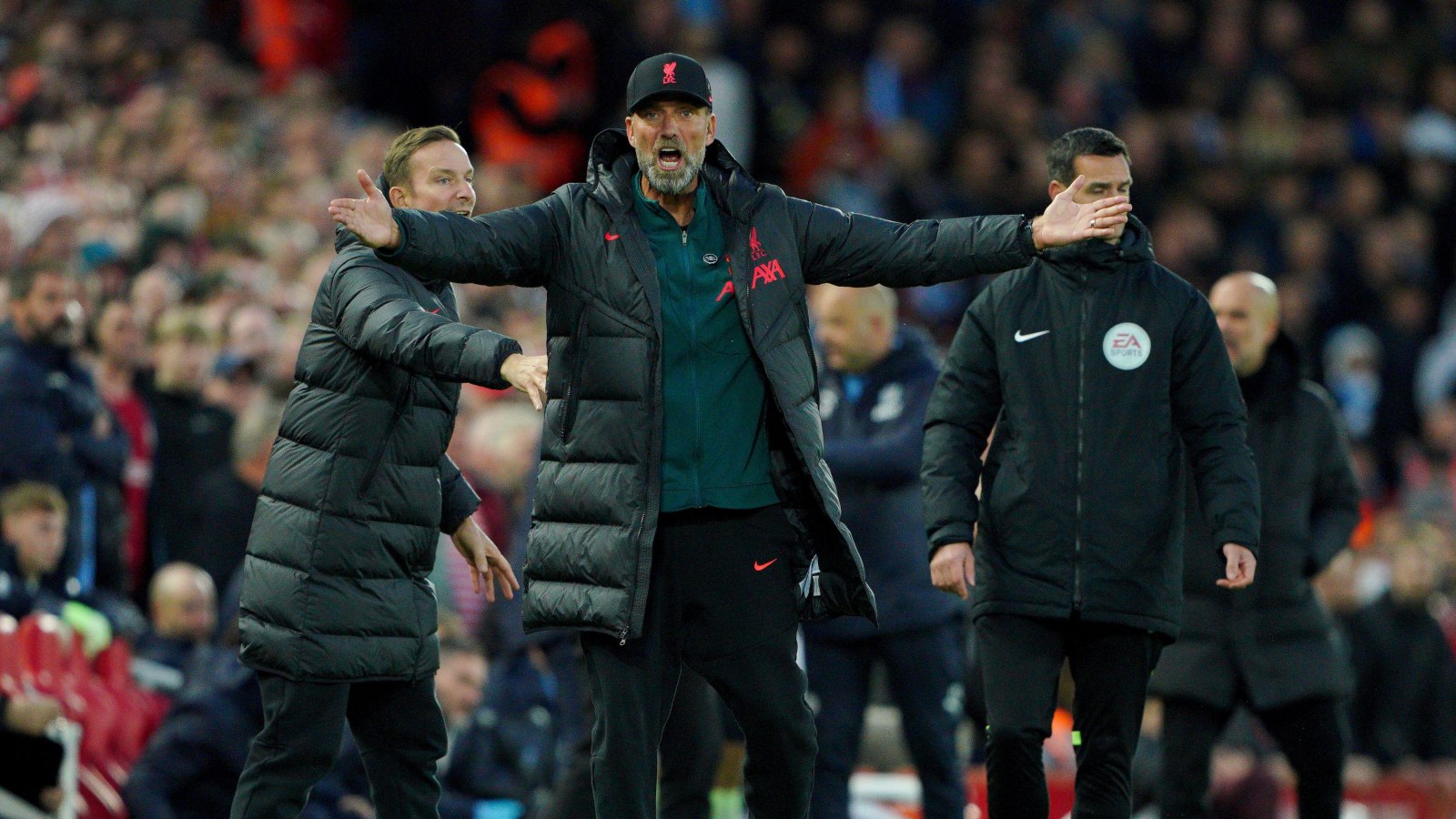 Liverpool manager Jurgen Klopp accepted he “went over the top” and “lost it” so fully deserved his red card in his side’s 1-0 victory over Manchester City.

The Reds boss was furious referee Anthony Taylor had not given a foul on goalscorer Mohamed Salah by Bernardo Silva late in the game but his anger, also directed at the assistant referee just yards from the incident, saw him dismissed from the touchline.

Anfield’s technical area had been a fiery place, with City boss Pep Guardiola apoplectic that Phil Foden’s earlier goal had been overturned by Taylor after VAR advised him to view the pitch-side monitor for an Erling Haaland foul on Fabinho in the build-up.

What Klopp said to the officials remains unclear but it was enough to see him instantly dismissed.

“The red card was my fault. I went over the top in the moment but I don’t think I was disrespectful to anyone,” said the Reds boss.

“When you look at the pictures back I know myself at 55 years old the way I look in these moments is already worth a red card.

“I lost it in that moment and that is not OK but a little bit of an excuse. I would like to mention how can you not whistle that foul? How on earth is that possible?”

Taylor had allowed the players something of a free rein in the game as he tried to play advantage as often as he could but occasionally that was the wrong decision in a high-tempo, high stakes game.

“I heard now that people said it was Anfield that made the VAR decision,” added Klopp.

“With a foul on Mo, Anfield had no chance to make any impact. It’s a foul on Fabinho (in the lead up to Foden’s goal), I think we agree on that. Is it not enough to pull somebody down?

“Then Ali (goalkeeper Alisson Becker) has the hand on the ball (before Haaland frees it), so that’s a save how I understand it.

“So there was already the first moment where Pep and I were pretty animated but actually for the same reason to be 100 per cent honest.

“We were not arguing with each other, not at all. Then that situation (with Salah) I just had the perfect view and the linesman, and you can imagine we are 1-0 up and we have a free-kick there or a counter-attack there.

“That is pretty much a 100 per cent difference and that was when I snapped and again I am not proud of that, but it happened.”

READ NOW: Salah the calm amid chaos of a stone-cold classic between Liverpool and Manchester City