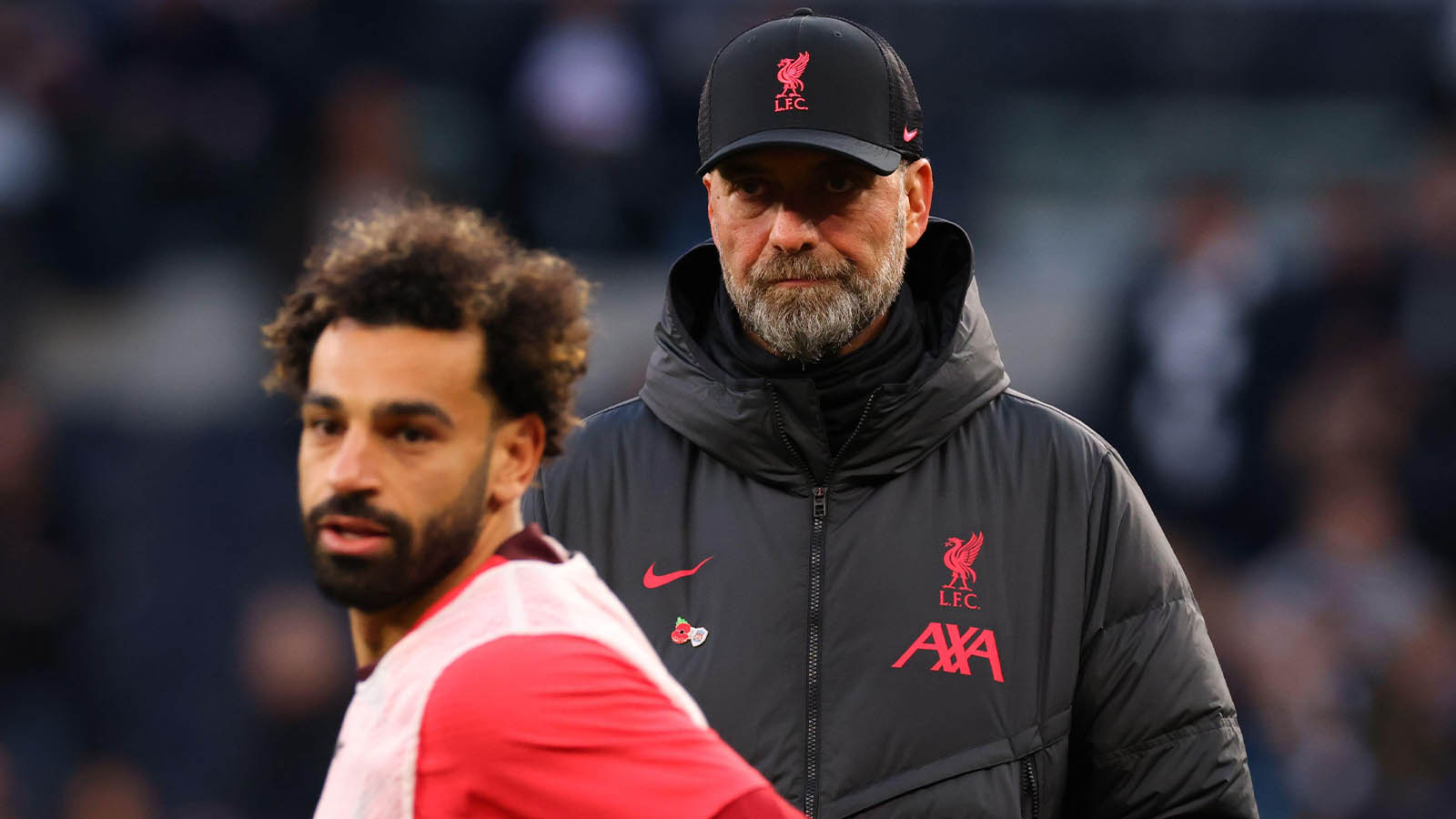 Jurgen Klopp has jumped to the defence of Mohamed Salah and was full of praise for the forward after his brace against Spurs.

By his own standards, Salah had been having a relatively quiet season up until this point.

After 13 Premier League matches last season Salah had already scored 11 goals and was regarded as one of the best players in the world.

Prior to Liverpool’s game against Spurs, Salah had only scored four Premier League goals, but he has been showing glimpses of his old self lately.

Klopp was not fazed by Salah’s start to the season though and he was full of praise for him after the Spurs victory.

“That can happen for a striker, it’s a completely normal phase, but how everybody knows, he will in the end when you look back on his career in four, five or six years, everybody will remember one of the best strikers you ever saw because the numbers will be absolutely insane.

“Tonight, what pleased me the most, he scored the two goals and then he played like a real, real team player. I am not surprised by it, but it is just important because he gets confronted with these questions as well, ‘slow start’ and these kind of things, and then it’s like you have to score a hat-trick here or whatever.

“He was all about first defending and then you will get your chances again. We were in these moments and I think he had a pretty big one, which he takes with one touch – if he takes two touches he was completely free and I think he could have finished it off there.

“So, [I am] really pleased for him, top performance and showed an outstanding attitude tonight.”

Salah’s brace now means that he has scored 13 goals across all competitions.

The Egyptian forward has been in good form when it comes to the Champions League as he is the joint top goalscorer this season along with Kylian Mbappe.

Klopp’s side are still seven points adrift of the top four, but they do have a game in hand on Spurs.

Despite their inconsistency, they have showcased just how efficient they can still be.

Liverpool host Derby in the EFL Cup before returning to Premier League action against Southampton at the weekend.

READ MORE: 16 Conclusions on overdue away joy for Liverpool as Spurs’ comeback kings leave themselves too much to do