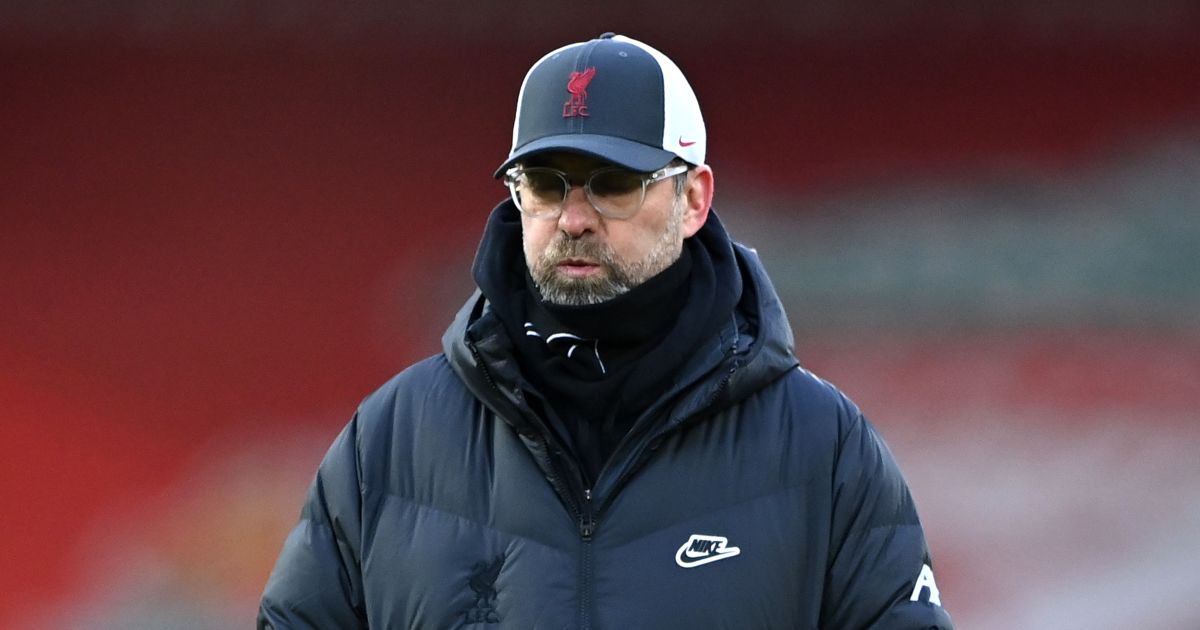 Jurgen Klopp clashed with another journalist on Sunday after Liverpool lost 4-1 to Manchester City in the Premier League.

The Reds boss has appeared spiky on a number of occasions this season with BT Sport reporter Des Kelly getting into a particularly long heated debate earlier in the season.

Liverpool fell 10 points behind City – who also have a game in hand on – after Pep Guardiola’s men ran away with the match in the second half at Anfield.

Unfortunately for Klopp two uncharacteristic passing errors from goalkeeper Alisson Becker swung the game City’s way when it had been evenly poised at 1-1.

Niv Dovrat of Israeli TV station Sport 1 decided to ask about the gap between City and Liverpool, with Klopp reacting angrily to his line of questioning.

Klopp said: “I really think you should prepare your job better to be honest. How can you ask that?

“They are 13 points away, in my understanding, and these questions about becoming champions – do you really think that’s appropriate at the moment.

Klopp added: “I think they (City) are running away. That (fighting for top four) is obvious. We will try to do that.”

🎥 Jurgen Klopp: “I really think you should prepare for your job a little bit better. Do you really think this is an appropriate question in the moment? You have only two questions and you waste one for that.” #awlfc [sport pod]pic.twitter.com/QVDMH25pAN

Dovrat tweeted his reaction to the interview, he said: “I have interviewed the Liverpool manager dozens of times over the past few years. Last night, I was exposed to a different and unusual response.

“Looking back, I think the style, manner and tone of the question were appropriate. The manager disagreed with me.”