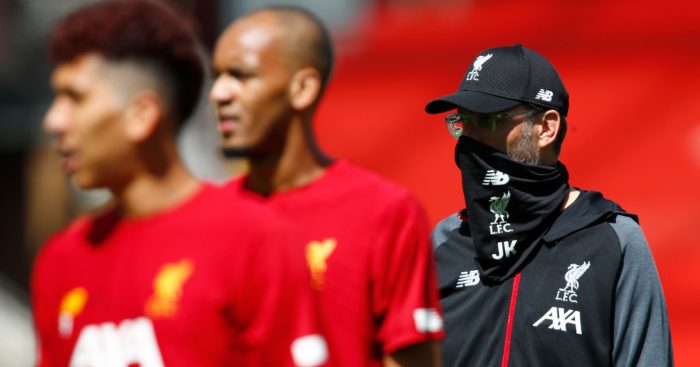 Jurgen Klopp has hinted that he will leave Liverpool in four years’ time when his contract expires at Anfield in 2024.

The German boss led the Reds to their first Premier League title in 30 years as they won the league with seven games to spare.

Their Premier League triumph came after winning the Champions League at the end of last term, beating Tottenham 2-0 in the Madrid final.

By winning the Champions League and Premier League, Klopp has secured a godlike status around Merseyside and he still has at least four years to cement his place in Liverpool folklore.

When asked how long he will be staying in England, Klopp told SWR Sport (via Goal): “Four years in Liverpool.”

Asked if that means he will return to Germany, the Liverpool boss added: “Definitely to live, after my career. Most likely even to Mainz.”

However, Klopp admits nothing is certain, admitting: “In five years the world can look very different again.”

Meanwhile, Klopp can’t wait to celebrate Liverpool’s Premier League title triumph in a “crazy way” when fans are allowed back in the stadium, he added: “The moment we can do that again, we want to celebrate the title. Even if that is a little strange, that you celebrate a title several months later.

“But Liverpool is an exceptional club, we will surely get something done. We’re going to try to celebrate the title in a crazy way.

“We want to celebrate life. People can now plan longer so that they can be there. Maybe we can make something out of it that hasn’t been done before.”