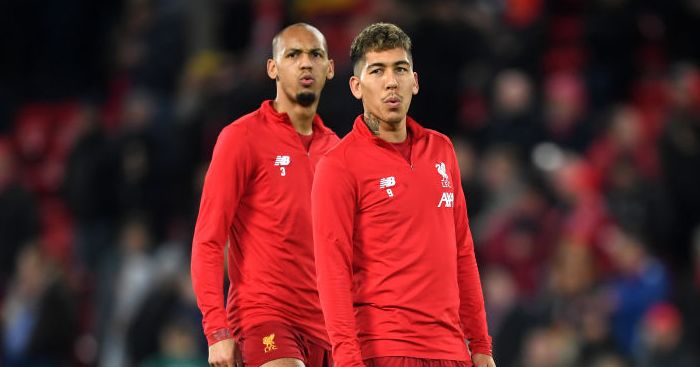 Jurgen Klopp has discussed one of the tactical changes that led to Liverpool’s 4-0 win over Southampton.

The Reds extended their lead atop the Premier League table to 22 points with a hard-fought – but seemingly comfortable – victory against Saints.

Southampton had their chances, with Alisson on fine form and one Danny Ings penalty appeal turned down just before Alex Oxlade-Chamberlain opened the scoring.

Klopp says the better second-half performance was, in part, down to a change in Fabinho’s role.

“We had to change two or three things,” he told Liverpool’s official website.

“Most importantly we had to change the involvement of Fabinho – switch the side with him, pass the ball there. Then we started rolling, if you want.

“There was the situation, of course, when Southampton wanted a penalty – I didn’t see it back yet – and we had that kind of counter-attack and Oxlade with a sensational goal.

“But I already liked the second half much more until that goal, what we did then was just really good. We played much calmer, used Fabinho better; with this positioning we used all the midfielders better, used our full-backs better and had better direction.

“It was just a better game and in the end we won it.”