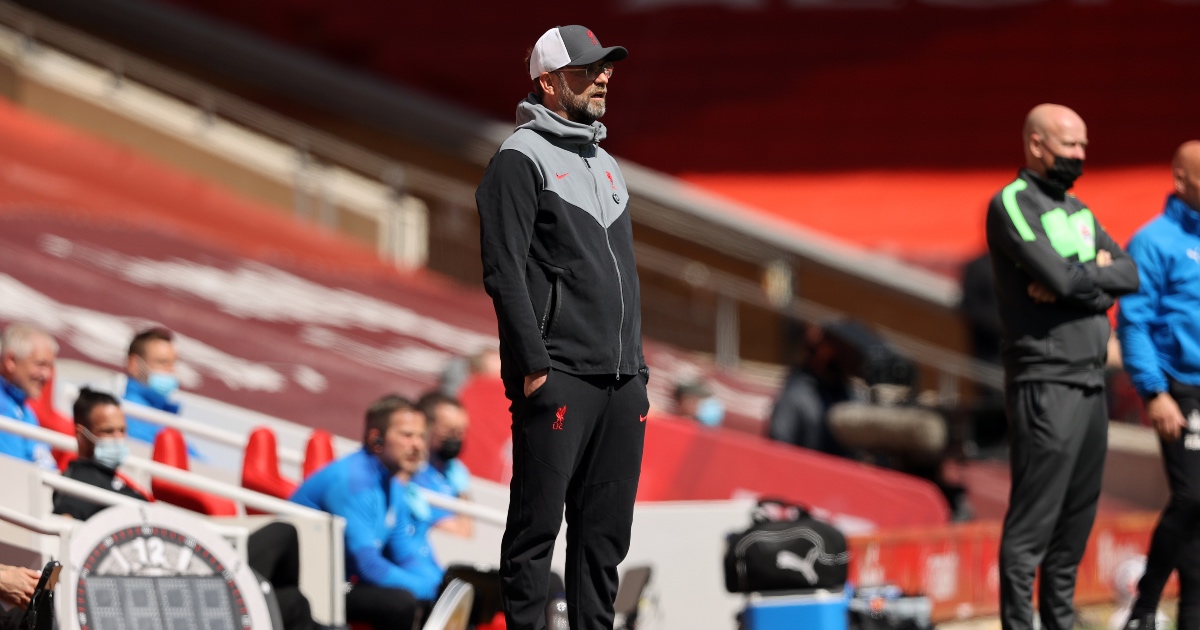 The Reds suffered a major blow to their top-four hopes as Joe Willock scored a late equaliser at Anfield.

Mo Salah put them ahead in just the third minute with a great strike after getting away from his marker.

OPINION: What does Abramovich have to do to be criticised by Chelsea fans?

That put the Egyptian on 20 league goals for the season, but his team-mates could not follow in his footsteps.

Sadio Mane and Diogo Jota missed a host of chances, making it more likely that Newcastle would find an equaliser.

Salah himself was guilty of missing a one-on-one with Martin Dubravka when he failed to get the ball out of his feet and beat the keeper.

Newcastle thought they had equalised late on when Callum Wilson poked the ball over the line, with the help of Ozan Kabak.

His goal was ruled out for a controversial handball, which meant Willock had to step up for the Magpies.

His shot in injury time deflected off Fabinho and into the net, sparking wild celebrations in the Newcastle camp.

Reacting to the frustrating draw, Klopp said: “We scored a wonderful goal, [but] didn’t finish the game off. [We] didn’t play enough. A counter attack can happen but we had to just keep going, keep the ball and make them run.

“We kept them alive and they deserved the goal. They scored the one before, unlucky for Wilson but it is handball. We don’t even take this present. [It’s] really tough to take.

“Why it happened, I don’t know. We had to keep the ball. In a specific way we don’t fight enough or keep ourselves in a position where we dominate the game.

“We had 70% of the ball, we should have 80%. We created a lot of chances, didn’t score with them, so we have to create more. That is how it is. We don’t do that well at the moment.

“They fought for it and we got nothing pretty much, but a point. It feels like a defeat.