Home All The News Klopp: Liverpool drive at 300mph and hope the brakes work 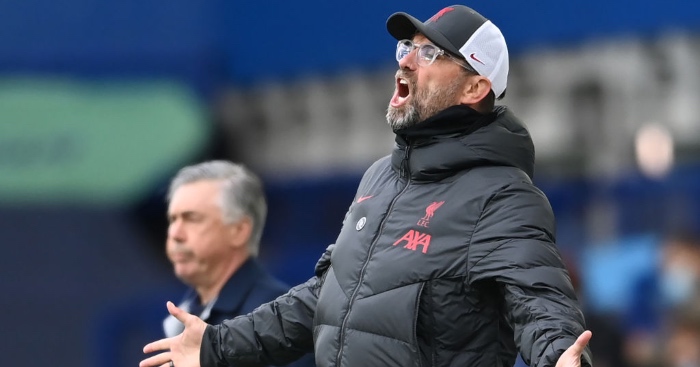 Liverpool manager Jurgen Klopp admits this season will be the most challenging of his career with the effects of Covid-19 playing havoc with the schedule.

A delayed start to the season, a knock-on effect of the previous campaign’s three-month hiatus as a result of the coronavirus pandemic, means fixtures come thicker and faster than in previous years.

He has already felt the effects with Joel Matip, Naby Keita and Thiago Alcantara missing the midweek Champions League win over Ajax as a precaution because of knocks they received last weekend and Jordan Henderson limited to just 45 minutes in that game on medical advice.

Klopp also made an unprecedented triple substitution of his front three of Mohamed Salah, Roberto Firmino and Sadio Mane in order to protect their fitness.

“It will become more challenging. It is already,” said the Reds boss when asked if this was the most testing season he had faced.

“Life is more challenging than what I ever experienced before and with football it is no different.

“We need help from everybody just to bring the boys through it. We’ve had a lot of discussions with that (medical) department.

“If the doc comes to me and says ‘this boy cannot play’ I cannot say ‘yes he can’. I have to wait until the last minute, pretty much, to make my decisions.

“I have no problem that we have to play again and I will not moan about anything but, with this schedule thing, we have to make sure that the teams who play midweek don’t play 12.30 on Saturday.

“If you play Tuesday in the Champions League, for example, then 12.30 Saturday is fine. If you play Wednesday then Saturday 12.30 is ‘Oh my God!’

“We need to have the time to rest. I know people don’t want to hear it and they go back to all the other things they say about professional football players.

“But it’s like Formula One. Everyone can drive a car but it is difficult to drive at 300mph in a pretty close area and then you hope that your brakes work.

“That is pretty much what professional football is – all on (the) highest speed, with highest intensity. And, for that, you have to have the best brakes available.”

There was however some respite on offer on Friday as Liverpool’s Premier League clash with rivals Manchester City at the Etihad was selected for television coverage and moved back a day to the afternoon of Sunday, November 8.