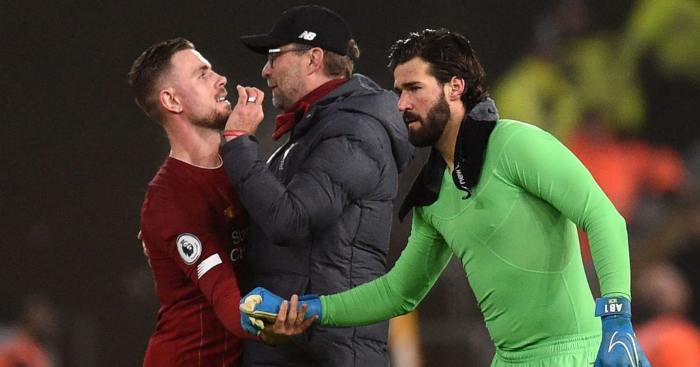 The England midfielder has been out since injuring a hamstring in the first leg three weeks ago but trained on Sunday and Monday and is available to take his place in the squad as the Reds seek to overcome a 1-0 deficit.

“Hendo is ready but if we do that, I don’t know… or maybe I know and I don’t say!” said manager Jurgen Klopp.

There was less positive news on goalkeeper Alisson Becker, however, who will miss not only this game but Monday’s Merseyside derby at Everton with a hip injury which has already sidelined him for two matches.

“Ali will not be ready for Monday,” added Klopp.

On their chances of overturning Atletico’s lead on Wednesday, Klopp added: “It’s half time for us. We use that normally in a critical way. Second half we learn from situations and improve.

“This time we had three weeks, not 15 mins. We want to use that time. It is much clearer than before. Couple of advantages they had are now there for us.”