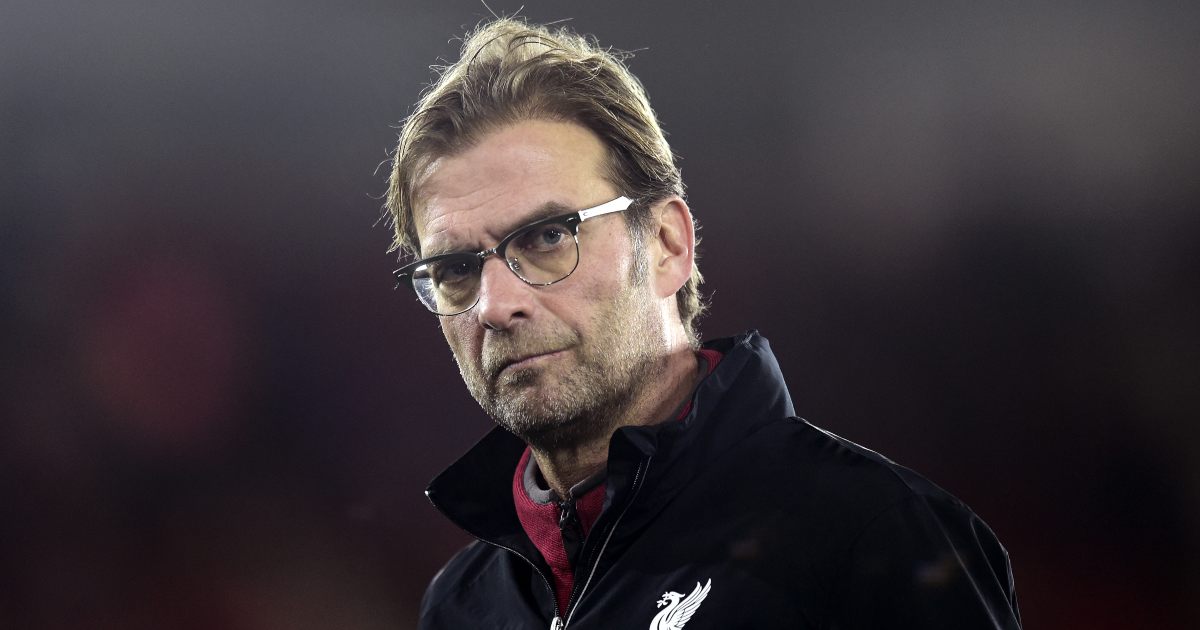 Arsenal fans being circumspect
I feel Fred’s mail pretty much sums up the strawman/narrative a lot of non-Arsenal fans like to try and pin on the Arsenal fanbase, potentially in the belief that we’re all raging lunatics like AFTV.

Either we’re delusional for thinking we’re still a big 4 club or we’re pathetic for accepting right now we’re not. Either Arteta is the biggest loser for wanting us in the Champions League, or the biggest failure for accepting we won’t get there.

In reality, much like I imagine every other fan base, 90% of Arsenal fans are pretty circumspect about what’s happening, with a sense of hope/optimism in for the future that is natural for any fan base (except those permanently beaten into despair, such as Newcastle fans). We all see reasons why things are looking up (much better management at top of club, less ridiculous wage bill, some profoundly talented youth) but have reservations that they are perfect (Willian, unclear transfer policy for Hale End youth that doesn’t recoup value, is Edu really cut out for his job, is Arteta ready right now to return Arsenal to top 4, what is our squad rotation policy and is it really protecting our players?).

That City game highlights both sides of that. You can look for the optimism in not getting spanked (like Spurs, who were utterly demolished by City) and looking mildly threatening in moments, but also acknowledge City are clearly superior and always looked like they were in 3rd gear.

We’re not resigned to this by any means. If Arteta crumbles at the end of this season and starts next season poorly, I imagine he’ll be under even greater pressure than Christmas last year. We want to be back in top 4. But it takes a combination of time, good fortune, a cycle of buying good players, selling good players and recouping funds to buy world class players to compete.

We’re at the start of that, much like Liverpool pre-Klopp. It’s fair enough that Klopp had a much stronger track record to build off; I’m not suggesting Arteta is at that level to begin with. But he came with everyone saying he was brilliant, his current staff and players think he is brilliant, and everyone he speaks with in the game thinks he’s brilliant. So we’ll give him some time (and in fairness, probably can’t attract too many more prominent names who’d commit to a longer rebuild).

I think we’ll look back on this period in the future and see this is when football as a total operation really professionalised. Clubs like Leicester, Burnley, Brentford will stand out (Liverpool I feel I attribute a bit more to luck than just good operational practises, but still go about things much better than most) and clubs like Arsenal will for the wrong reasons.

So yeh, it’s a bit annoying to read people respond to pretty measured mails like Dale’s with ‘lol ur shit, such bad football. arsenal fans suck’. You say ‘I watched one game and what a joke’; we say ‘We’ve watched them all, that isn’t in the bottom five this season’.
Tom, Walthamstow

Arteta’s black magic
One of the positives as F365 as an alternative media outlet is how they can challenge certain stereotypes trotted out by the standard ex player and London centric print media. One of the biggest ones is the careful what you wish for crowd (the latest skewering being Crystal Palace), with F365 sticking up for teams like Newcastle dreaming of something better than Allardyce/Pardew/Bruce. What I’ve never seen before though is a fanbase inflicting careful what you wish for on themselves. Until Mikel Arteta became Arsenal manager.

I wrote in straight after the abysmal home defeat to Burnley challenging all the positives being trotted out around Arteta, such as him clearing the deadwood, style of play, progress made and lack of viable replacements. 2 months on and I’m staggered by just how much support he still holds within the fanbase to the point that he must have some spell over the fans. Arsenal were 8th at the time Emery was fired, having finished 5th and got to a Europa league final. He was a victim of widespread mockery for his accent and style of play. The key here was 8th wasn’t good enough. Now, having hauled themselves up to the giddy heights of 11th (!) we’re seeing appraisals such as (paraphrasing) “his tactics are so good City were scared, the players just weren’t good enough to implement them”. What?!

Let’s be clear; Wenger and Emery were both mocked and sacked for only finishing in the Europa League. Arteta doesn’t just have the exact same players at his disposal that achieved those top 6 finishes but 3 transfer windows to address the squad. Through steep, staggering underperformance behind closed doors he’s now able to sell a top 6 push next season (his second full season and third season overall) as genuine progress. One of the strangest elements about this is I’ve yet to speak with a supporter of any club bar Arsenal who views their situation as anything bar a catastrophe, yet many fans seem perfectly content with multiple “transitional” seasons; for context Spurs finished 6th under Tim Sherwood in a transitional season and still brought in a proper manager the following summer. There’s only so long you can claim to be in transition before it becomes the norm.

I hesitate to ask Arsenal fans what they see in him, as we’ve seen numerous mails defending the current system which personally I absolutely do not agree with. I agree with the poster from a recent mailbox; what should be the story of the season is instead just seemingly accepted by everybody. Is there anybody outside the Arsenal fanbase who thinks Arteta has any grounds to keep his job?
Kevin (not an Arsenal fan, just a frustrated neutral with a soft spot for them), Nottingham

Poch and Jose
I’m just watching Premier League Years 2019-20 (what else is there to do on furlough?) and just picked up on something that I think myself and fellow Spurs fans have forgotten recently.

The latter days of Poch’s reign were awful. I mean, *awful*.

It’s been painful to watch Mourinho’s Spurs in the last few weeks, but even in the dirt-worst games like the loss to Chelsea there’s been some kind of spark.

But from the 3-0 loss to Brighton through to the Sheffield United game, Spurs were beyond awful last season.

We needed a contentious Dele hand-goal and a dodgy ref call on a pen to scrape a point against a Watford side who were bottom and winless. Bored everyone to death against Everton and only scored due to a bad error from Iwobi. And needed a sleazy VAR call to get a point against Sheff United.

But more to the point Poch looked disinterested and a broken, bitter man even before the season started.

I’m not saying Mourinho’s doing a stellar job right now, he clearly isn’t – although I still believe he can salvage things. But anyone claiming Spurs shouldn’t have fired Poch is full of shit. He simply had to go.
Scott, COYS

Response to Jota injury killed Liverpool
Minty it was not the Jota injury that killed Liverpool it was Klopp’s blind faith that he would be able to maintain his strongest 11 players fitness levels for another season. The way Liverpool have played for the previous 3 seasons was crazy. The hunger, the drive and pressure they put on teams, they squeezed mistakes out of them and then punished them, time and time again. There was always going to be a drop-off if Klopp insisted on playing only his strongest 11.

Last season the league was wrapped up pretty early… even before it was mathematically wrapped up Klopp played the strongest team. He missed out on the opportunity to blood new players, players on the fringe a chance and give younger players experience.

Then in the preseason, he decided to sell or let go some senior players – Lovren, Clyne, Lallana, he also sold Brewster and loaned Harvey Elliot & Harry Wilson out. He then went on to loan Minamino in Jan so the idea that Jota injury prevented Liverpool from rotating the front is incorrect. Klopp is what is preventing it.
Paul (MUFC) Dublin

Improbable Derbies
On the subject of manufactured derbies, Sky seems to have made up “The Dockyard Derby” between Portsmouth and Plymouth purely for TV. There is 170 miles between the two cities and no real historical rivalry other than the fact we have been “competing” against each other in Leagues 1 and 2 in the last few years. I’m pretty sure neither set of fans really considers it a true rivalry…
Pompey Stew

Qatari Nev
Nice PR job by Nev from Melbourne in trying to dismiss Qatar’s recent boom in migrant worker deaths. Nobody is claiming that there are 6,500 corpses buried in the foundations of those stadiums. In fact, nobody really knows what’s killing all those people. Migrant workers do not merit an autopsy, so unless they had to dig the body out from under a pile of rubble, the deaths are almost always recorded as ‘natural causes’.

While it’s perfectly natural for thousands of construction workers to keel over from heatstroke and exhaustion, what’s perhaps less natural is that these people are generally confined to work camps and have their passports confiscated by their employers. Of course, once they arrive and find they’re only getting half the money they were promised, they’re free to leave at any time, provided they can persuade that same employer to sign an exit permit and pay for a flight home.

Anyway, enough of this nonsense from such unreliable sources as Amnesty International. I have no doubt that if I’d spent time getting to know Qatar in a nice hotel, on somebody else’s tab, then I too would have been blown away by its people and culture. Nev, I hope you get another trip out there soon!
Martin, BRFC