Home All The News Klopp: There are eight teams in the Premier League title race 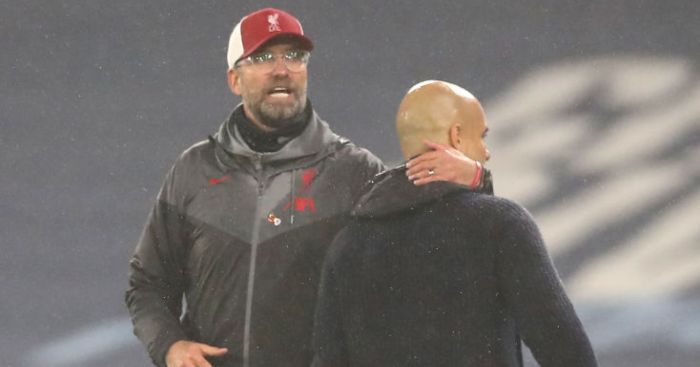 Liverpool boss Jurgen Klopp thinks there could be up to eight teams in the Premier League title race this season.

Klopp’s side have started well again this campaign and find themselves top of the pile after eight matches, although it is still tight at the summit.

When asked in the Daily Mail about how many teams could be involved in the Premier League title race, Klopp replied: “[I think there could be up to] eight.

“An open race? I have no problem with that. That’s absolute fine.”

Liverpool fell one point short of the 100 points that Manchester City achieved in the 2017/18 campaign, which was the most team points achieved in a Premier League season.

However, Klopp would rather focus on retaining the title this term than any records.

“[I’m] sorry to say this but I couldn’t care less in this moment,” Klopp added.

“It doesn’t look like somebody will get 100 or whatever. In this season? Four weeks shorter? Same amount of games? I don’t think it’s possible. Even 87 looks far away.

“[But] if we were to win it this year it would be a big achievement to be honest. Maybe a bigger one [than last season]. That’s what I love about the Premier League: there are so many contenders.

“Our start was not so bad. Yes, we had a special game against Aston Villa [in defeat]. Maybe we needed that. We’ve used it. [We have] Leicester on Sunday. Let’s see [how we do].”