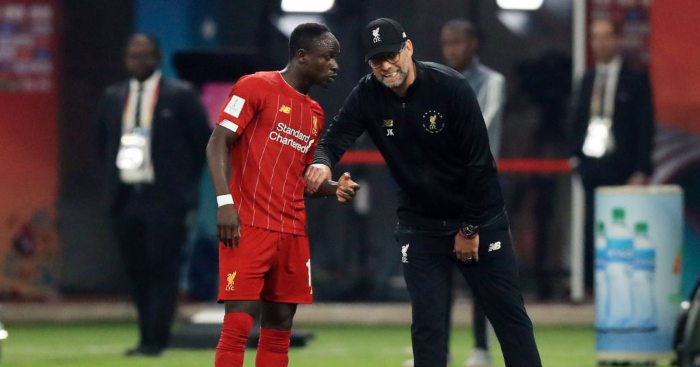 Liverpool manager Jurgen Klopp believes the critics who questioned whether Sadio Mane was worth the money four years ago have been silenced by the forward’s form.

Klopp was aware there were some doubters when, four summers ago, the Reds – who play Brighton on Wednesday night – paid £30million for a then 24-year-old who had scored 21 times in 67 Premier League appearances for Southampton.

After finding the net 13 times his maiden season at Liverpool, the Senegal international has now become only the 11th player in the club’ history to register 20 goals a season for three successive years.

“I remember this unbelievably talented boy we took from Southampton,” said Klopp of his “world-class” forward.

“He was really outstanding skill-wise but had a little lack of consistency which is probably why people thought ‘Really? So much money? You watch the wrong game!’.

“Maybe people thought ‘I am not sure he is worth it’, but we were 100 per cent sure about him.

“Consistency was the key and absolutely now what he is doing and how he performs is consistent. The level he performs at is unbelievable.

“He is a complete player, offensively and defensively He works hard, he is really quick.

“For sure a few things we did from a tactical point of view helped the boys as well and Sadio is a good example for the improvement the whole squad.

“He has obviously improved a lot in the last few years – and from a very high level already – becoming a very good player to a world-class player, no doubt about that, and he is a winner on top of that.”