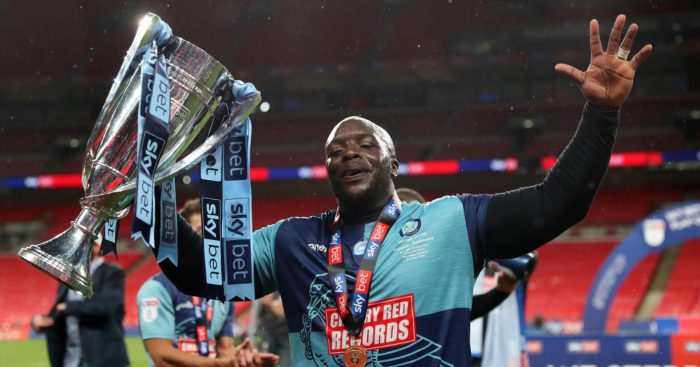 In 2016 Liverpool fan Akinfenwa asked managers to “hit me up on Whatsapp and get me a job” after helping Wimbledon secure promotion to League One, having said he believed he was “technically unemployed”.

After his Wycombe side beat Oxford 2-1 at Wembley on Monday evening, however, the striker proclaimed: “Let me tell you something, the only person who can hit me up on Whatsapp this time is Klopp, so we can celebrate together.”

And Liverpool’s first Premier League-winning boss duly obliged after some of his players, including captain Jordan Henderson, alerted him to Akinfenwa’s words.

“Congratulations, I watched the game and I didn’t see the post-match interviews but Hendo or my players told me that you want… to get in contact with me on Whatsapp,” Klopp said.

“I’m pretty sure you were your whole life at least a Championship player, and now finally you are there, well done. Great, great victory.

“Even in these strange times I hope you celebrate, appropriately!”

Akinfenwa shared a video of himself watching the message to his Twitter page, and afterwards said “Klopp, you’re a legend!”

Jurgen Klopp sent Adebayo Akinfenwa a message to congratulate him on being promoted to the Championship 👏pic.twitter.com/3rKvB5MzjB

And Klopp wasn’t the only member of the Anfield club to get in touch.