Home All The News Klopp: ‘Liverpool don’t want to know how long Van Dijk will be out’ 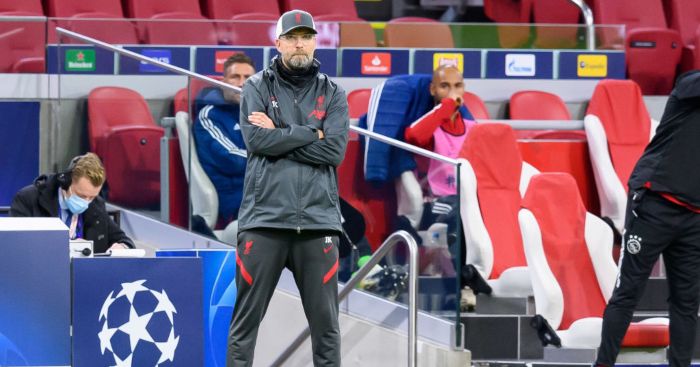 Liverpool “don’t want to know how long” Virgil van Dijk will be out for, according to manager Jurgen Klopp.

The Premier League champions are set to be without their talismanic central defender for a lengthy period after he damaged an anterior cruciate ligament during the Merseyside derby.

MEDIAWATCH: Bale is rubbish and Arteta has ‘shirked’ Ozil ‘challenge’

However, Klopp isn’t as keen as some Liverpool fans to know the “timescale” of Van Dijk’s injury.

Ahead of their match against Sheffield United on Saturday, Klopp told reporters: “I can understand that people are interested in that. When the surgery will happen and that I don’t think it makes sense to be a timescale every day. But he’s as good as possible.

Fabinho, who has replaced Van Dijk in Liverpool’s line-up, was man of the match in the 1-0 victory over Ajax in their Champions League opener in Amsterdam, only their third clean sheet in their last 14 matches.

In the last four matches the holding midfielder has dropped into central defence and Liverpool have yet to concede against the likes of Bayern Munich’s Robert Lewandowski and Chelsea’s Timo Werner.

On having to drop Fabinho into defence, Klopp added: “They are different players but both can defend. We all know Fab can play this position, he did it against Bayern in a home game, for example, and he played great.

“I’m not surprised but it is all about players getting used to playing together.

“This line had not played together before the Ajax game, I don’t think, and there are a lot of things from organisational point of view.

“You cant talk about it or exchange notes, it is about feeling what is right. It will take time for these boys to get used to each other.”