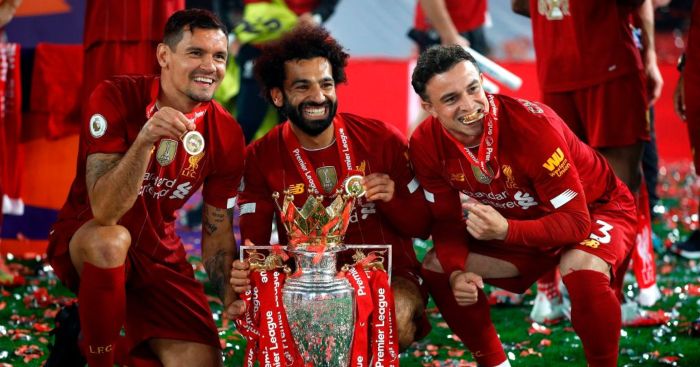 Liverpool boss Jurgen Klopp is prepared to sell Xherdan Shaqiri this summer amid interest from Serie A side Lazio, according to reports.

Shaqiri just about scraped a Premier League winners medal this season, having played seven games in Liverpool’s march to the title, although his last appearance was a one-minute cameo back in January.

The 28-year-old has struggled with injury issues all season long, with strong speculation that he is set to leave Anfield before the transfer window closes this summer.

MAILBOX: Even Klopp would struggle to turn Man Utd around overnight

With Adam Lallana and Dejan Lovren already moved on by Klopp this summer, Shaqiri has become the sparest part in the current Liverpool first-team squad.

And now Corriere dello Sport (via Sport Witness) claims that there have been no ‘explicit confirmations’ from Lazio or the Swiss’ agent that they will make a move for Shaqiri but ‘a certain interest in him has been verified’.

The report adds that ‘it will be certified in the next few hours’ while it ‘must be reported for two specific reasons’.

The first reason is that ‘Lazio are courting a Liverpool player’ and the next one is that ‘Shaqiri was part of a list of names examined for the legacy of Felipe Anderson’ before they brough Joaquin Correa to Rome.

Klopp is looking to sell Shaqiri ‘at an affordable price’ with Liverpool presenting Lazio with a ‘market opportunity’ after they missed out on David Silva to Real Sociedad.

It was during Shaqiri’s time at Basel when Lazio’s director of football, Igli Tare, ‘fell in love with him’.