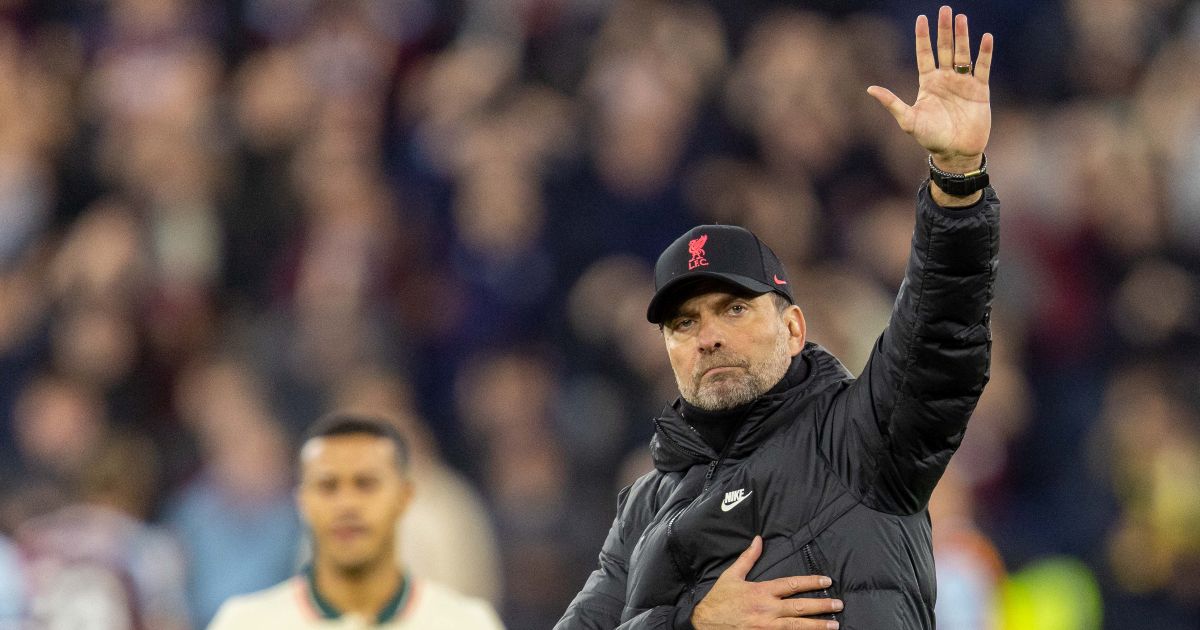 Liverpool boss Jurgen Klopp was annoyed at the questioning from a BBC reporter in the wake of his side’s 3-2 loss at West Ham.

A free-kick from Trent Alexander-Arnold cancelled out an early own-goal from Alisson as the Reds went into the break level at 1-1.

However, second-half strikes from Pablo Fornals and Kurt Zouma put the Hammers into a commanding lead before Divock Origi struck late on as Liverpool attempted to get something out of the match.

But it wasn’t enough, as Liverpool suffered their first defeat in 26 matches and ended the weekend three points behind Premier League leaders Chelsea.

And the frustration was clear from Klopp, who reacted abruptly to some of the questioning from BBC Radio Five Live reporter Rob Nothman.

Klopp said: “It (Liverpool’s unbeaten run coming to an end) is the least of my problems. That always happens. However long a run is, it will come to an end.

“There are a couple of things that happened during the game that are difficult to take. But that’s how football is.

“If you don’t take your chances you’re sometimes leaving things up to referee decisions.”

Klopp was asked which decisions he was particularly unhappy with, to which the German responded: “It’s really interesting you ask that. I’m not sure I want to answer the question if you don’t know the situation I’m talking about.

“Do you not think that was the case [Alisson was fouled for the first goal]? Is your job not to have an opinion? Okay that’s nice.

“I saw it back. Alisson wants to go to the ball and I think Ogbonna hits Alisson’s arm which is what deflects the ball into the goal.

“There are countries where they would say that’s a foul and I think the goalkeeper must get some help, otherwise in these situations players will run into the goalkeeper because he has to make sure he gets the ball. But he has no chance because if he pushes them away then it’s a penalty.

“There was another situation with Aaron Cresswell on Jordan Henderson that could have been a different decision as well.”

Klopp: “It’s a clear foul on Alisson. How can it not be? The arm from Obgonna is there. It’s a clear red card for Cresswell. No discussion possible. A reckless challenge.”

When asked whether West Ham defender Cresswell deserved a red card for the challenge on Henderson, a tetchy Klopp said: “My god. I’m not your puppy. Hopefully, you have an opinion yourself. All good.”